For the first time, two Capitol Police officers spoke out about their experiences during the Capitol riot saying rioters ‘beat them, threatened to shoot them, and called them traitors.’

And Capitol Police officer Aquilino Gonell who was wounded while defending the Capitol says he feels ‘insulted’ after the Republicans refused to vote for an independent commission on the January 6th insurrection.

“I feel insulted. I feel like they don’t have the courage. They demand something from us that they’re not willing to do, which is sacrifice their livelihood,” he said in an interview with CNN’s Don Lemon.

After the Republicans refused to allow an investigation into the riot, Capitol Police officers are increasingly speaking out. 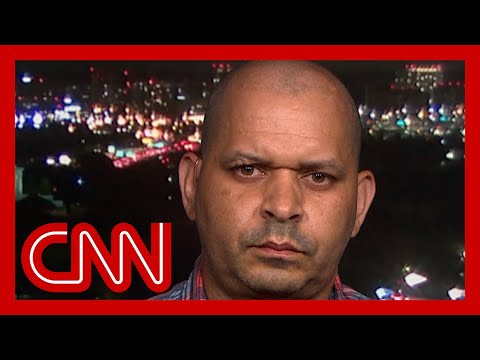 Gonell told CNN’s Lemon that officers “feel insulted, because the very minimum that everybody should agree is how to prevent this from happening again.”
“At the end of the day, we want to go home to our family. And we feel that right now we are being a pawn. It is insulting. It’s disgusting, and we put our lives to give them the chance to run away to safety. I almost lost my life many, multiple times,” he said.