After Trump incited the crowd during the ‘Save America,’  his protestors flooded past the barricades, even as the police used pepper spray on the enraged crowd. In response, the Capitol was locked down but now they are evacuating both Houses of Congress and VP Mike Pence was rushed to safety by his security detail.

Reports of multiple injuries among the Capitol police are still coming in and for safety’s sake, both Houses of Congress are now being evacuated.

Police are also handing out gas masks to members of Congress in the likelihood that tear gas is deployed. 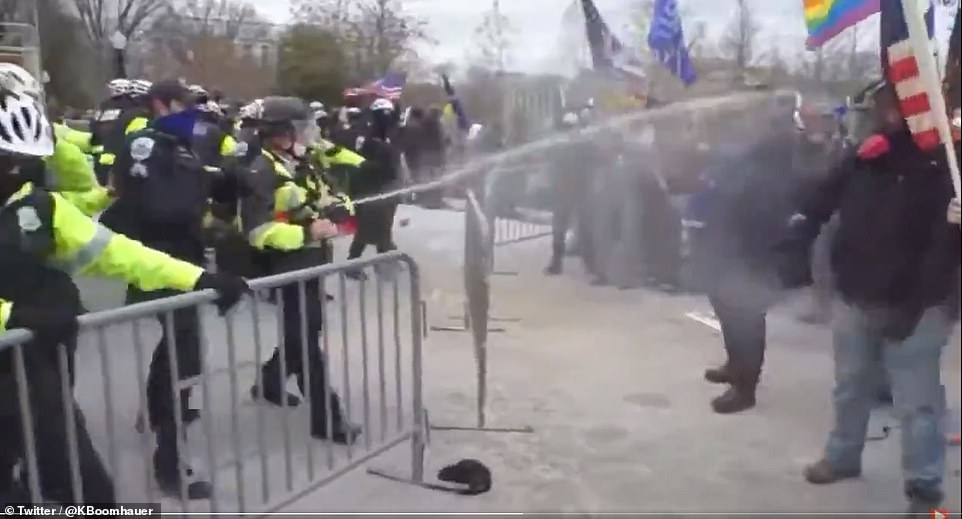