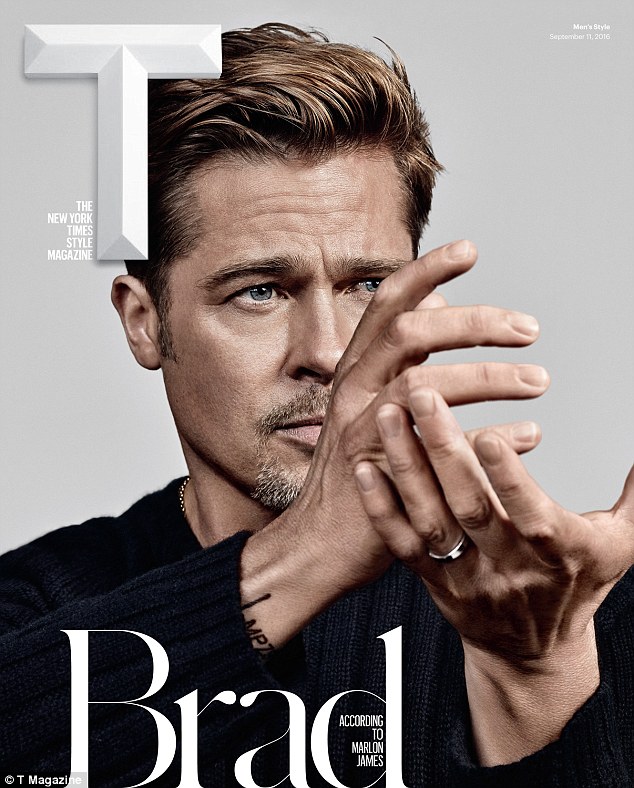 Brad Pitt calls it like he sees it, saying he can’t bring himself ‘to think that Trump will be in charge,’ but admits that he never thought the Brexit vote would win either.

The Oscar-nominated actor spoke with T, The New York Times’ style magazine, and, among other salvos, asked : ‘What does he even mean, take our country back?’ the father-of-six asked. ‘Would someone please explain that to me? … Where’d it go?’

Pitt goes on to say:

‘You gotta understand, that it’s also in our DNA. Most Americans don’t have time to watch CNN and Fox and Al Jazeera. They’re trying to make the rent, get the kids fed, they’re tired when they get home and they want to forget about everything.’

Like his beautiful wife, Angelina Jolie, Pitt is renowned for his humanitarian works and speaks bluntly in the article about ends by saying,

‘A Trump supporter,’ he said, ‘is fighting against just about everything.