Citizens of the USA beware — Johnny Foreigner is out to get you! Stay home, don’t ever leave the country; it’s a dangerous world out there!!

For the self-proclaimed “Land of the Free and the Home of the Brave,” there sure as hell appears to be one heck of a $1.99 bargain bucket of fear cloaking the (once again self-proclaimed) “Greatest Country in the World.”

Unless you’ve been laboring in a North Korean re-education camp for the past two years, you’re probably aware of this whole global pandemic thing that’s been going around. For obvious reasons, it’s severely hampered travel, in addition to life as we know it. 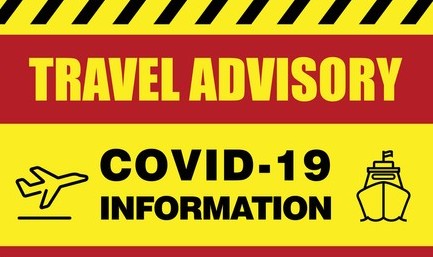 A lot of countries implemented lockdown procedures, mask mandates, and rolled out vaccine programs nationwide. And, no, YouTube conspiracy theorists, Bill Gates didn’t fund the vaccine so he could implant surveillance chips in y’all — Big Tech already knows where you are at all times, thanks to your smartphone, Google tracking systems, and social media usage.

After lockdown restrictions were eased, many countries put a traffic light system in place, banning travel to “red” and permitting access to “green” locations. So, yeah, world travel has been difficult — to say the least. 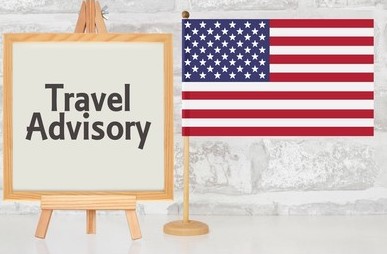 But, putting COVID-19 aside, the USA still has an insanely high number of countries on their government “DO NOT TRAVEL” list. (Oh, and by the way, the USA also ranks number one in the world for confirmed COVID-19 cases, so go figure.)

There are 195 countries globally, and the USA has a “DO NOT TRAVEL” warning in place for 102 of them. 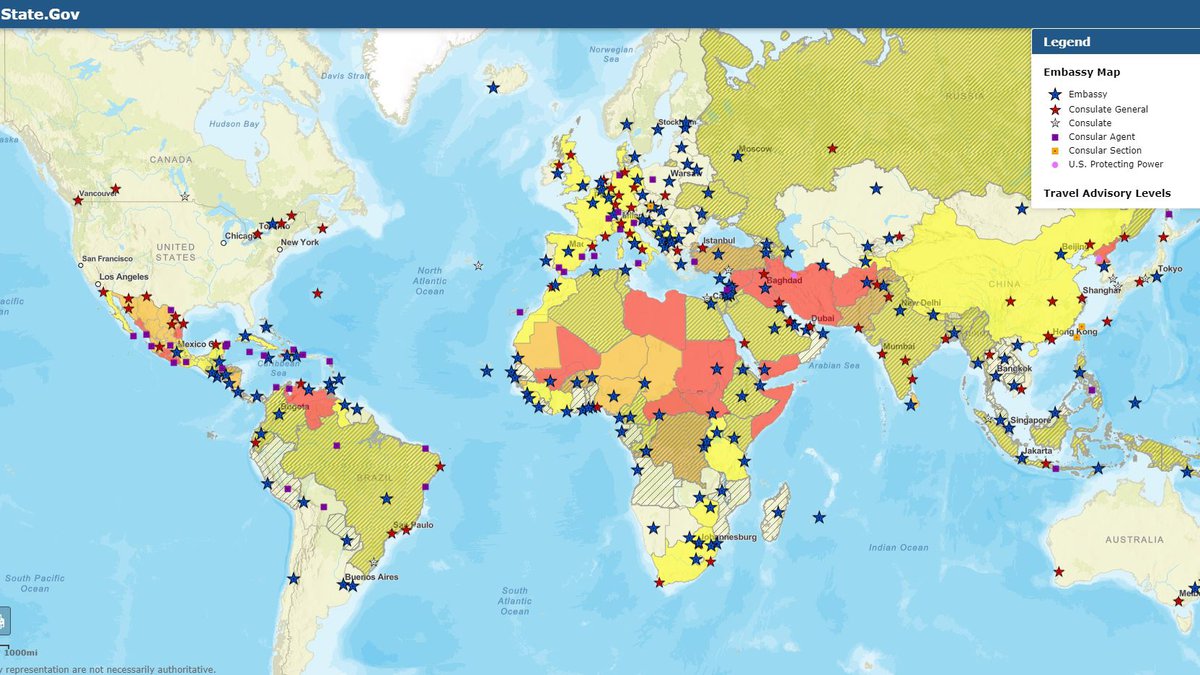 So, why doesn’t the USA want its citizens to travel anywhere?

Well, according to the latest Department of States worldwide caution, “Terrorist groups including ISIS, al-Qa’ida, their associates, and those inspired by such organizations, are intent on attacking U.S. citizens wherever they are.”

Remember: WHEREVER you are, folks, THEY will get you.

“Terrorists are increasingly using less sophisticated methods, including edged weapons, pistols, and vehicles, as weapons to effectively target crowds,” the caution continues. It goes on to warn that “extremists increasingly aim to identify and attack soft targets. Among the potential places of danger are schools, places of worship, high-profile public events, and shopping malls.

Ahem! Is anybody else picking up more than a hint of projection here?

Without even touching on the rest of the list — high-profile events, anyone? Like the Harvest Music Festival in Las Vegas, perhaps? (Over 500 injured and 59 people shot dead) Schools? The USA has had 57 X more school shootings than all of the world’s major industrial countries COMBINED. 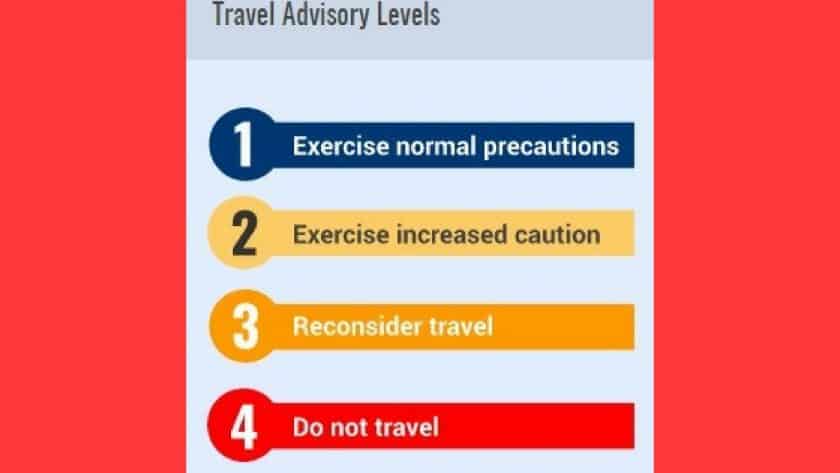 But, hey. It’s safer never to travel outside of the USA — despite it ranking 122 on the 2021 world peace index. “The deterioration in peacefulness in the U.S. was driven by an increase in violent demonstrations, as well as a deterioration in political instability,” Vision of Humanity.org notes. 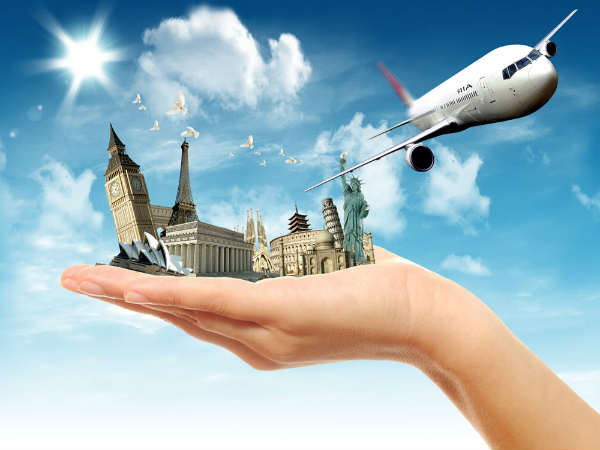 Shit, if only old Trumpy had managed to build his pinche dumbass wall. Oh, no, wait…..

However, if you feel you HAVE to put your life in severe danger by venturing outside of the (yet again self-proclaimed) “Land of Opportunity,” then be sure to:

The video is actually real; by the way, it’s government-made and approved. It’s not a parody, and, Holeeeee f*** —EVERYBODY OUTSIDE OF THE USA IS OUT TO GET YOU!!! 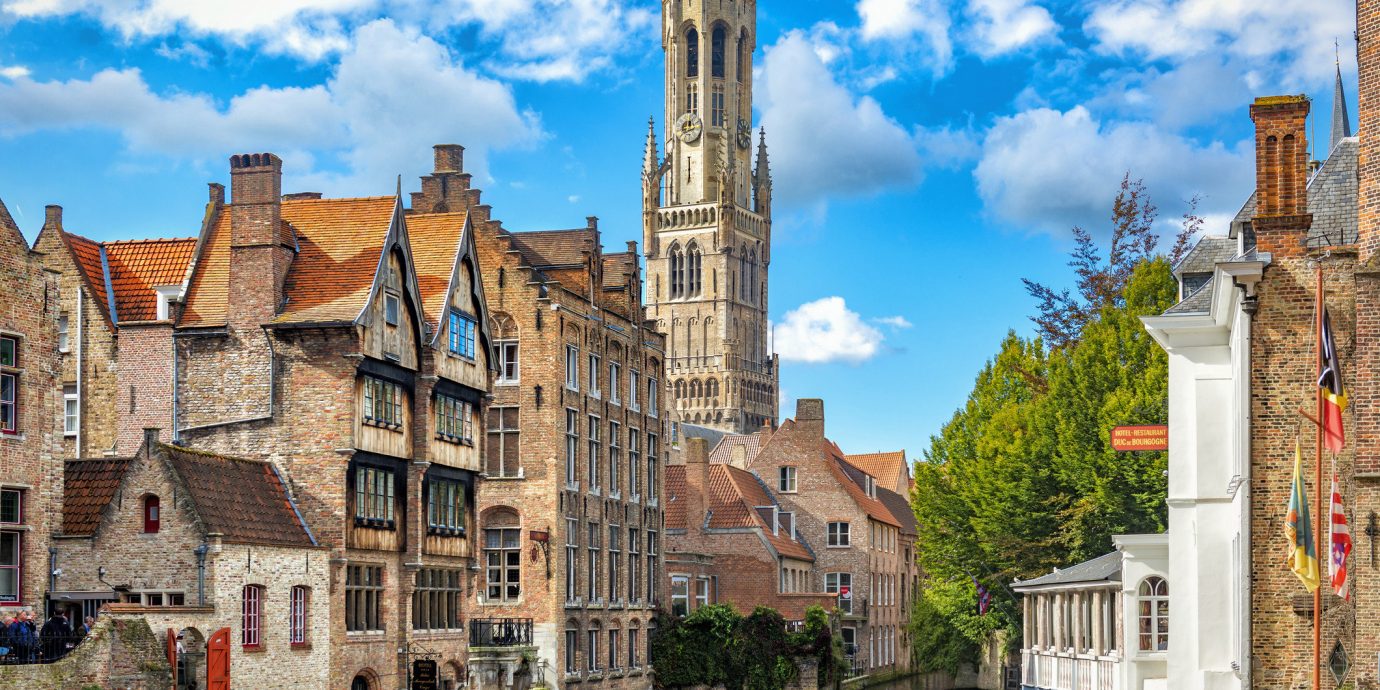 Sigh! It’s a huge great world….. and it’s utterly fantastic. Go see it. Explore it. Don’t live in fear, and don’t buy into the fear narrative.

Johnny Foreigner is just like us — they simply talk and sometimes look different. But they bleed the same, they cry the same, and they care the same. They have goals, heart, soul, and integrity — just like you do (hopefully).