During a press conference in India (sandwiched between photo opps.) Trump was asked about Russia’s interference in the upcoming election:

Despite the warning from US intelligence service that Russia was once again meddling in the election process Trump continued to maintain that he never received help from ‘any country.’

The President even denied he had been briefed that the Russians were sowing chaos by backing him as well as Bernie Sanders.

‘Nobody ever told me that.’ 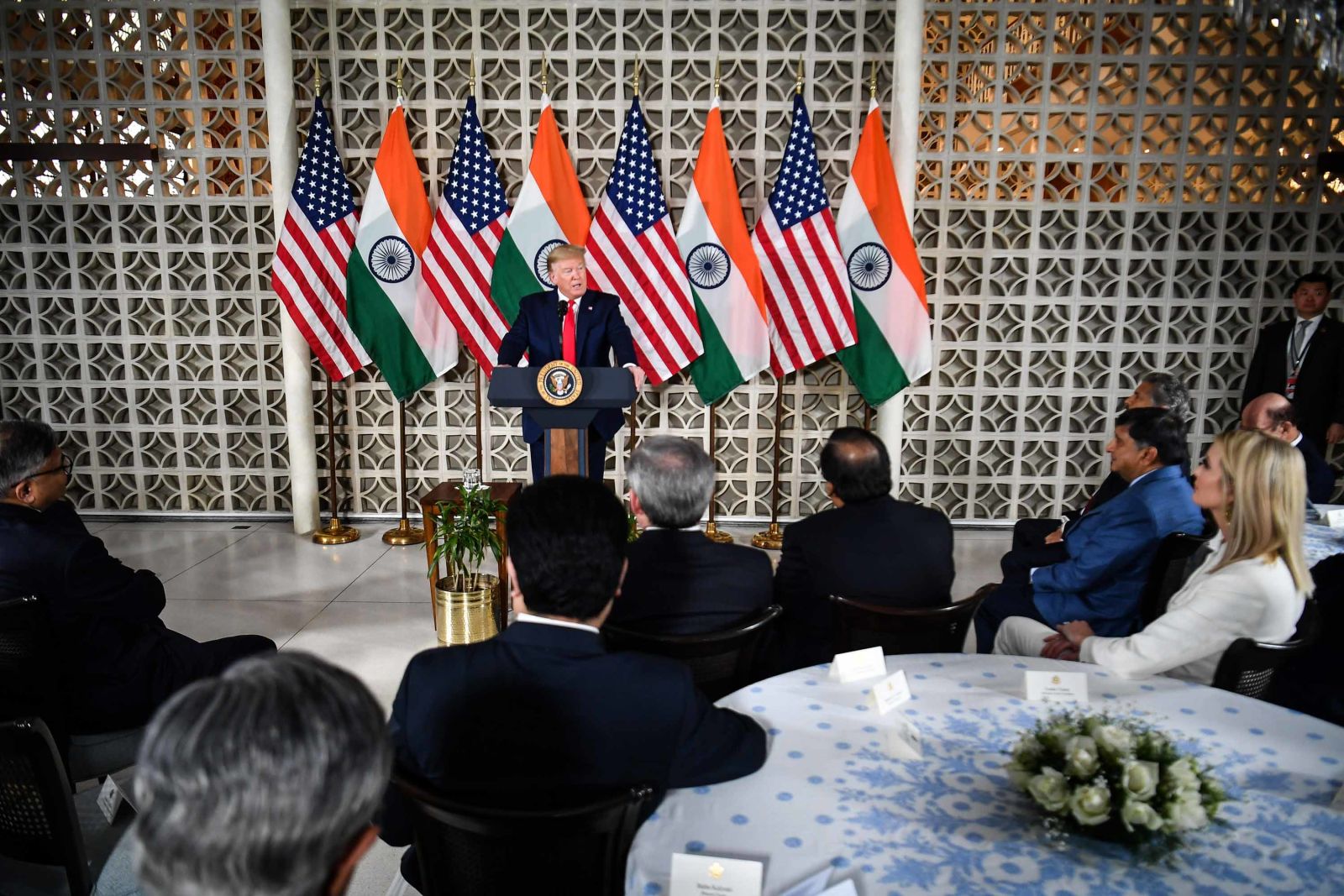