When the New York Times revealed that a White House aide reached out to the governor of South Dakota to discuss having Trump craved onto Mount Rushmore, Trump denied it after the uproar, but tweeted it ‘sounds like a good idea to me!’ 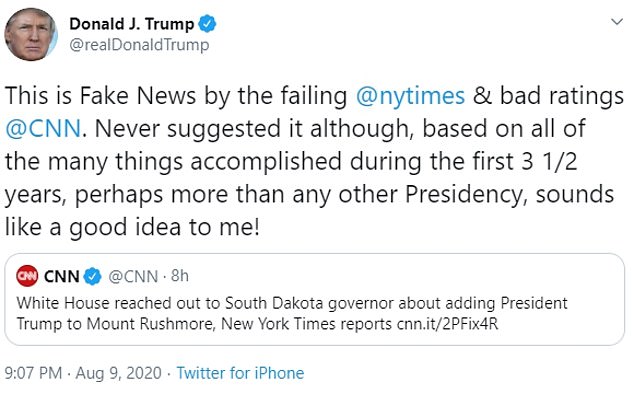 Maureen McGee-Ballinger, public information officer at Mount Rushmore, said that workers are asked daily whether any president can be added, but that it is ‘impossible’ and there ‘is no more carvable space up on the sculpture.’

Let’s hope that shuts Trump down. 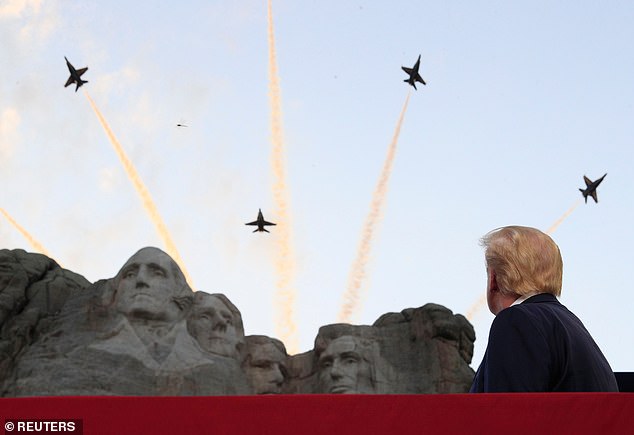