Taylor Lautner showed off lavender locks in his latest Instagram post and he looked super hot doing it! But not all his fans believed the drastic color change was legit — at least not until his Scream Queens co-star Keke Palmer shared a video on Snapchat with Taylor in the background rocking his icy purple do. 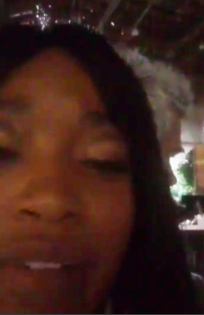 You can hardly see Taylor in the background but if you look close his chiseled profile is unmistakable. We’re assuming his new ‘do is for his role on the hit show — but we’ll have to wait until Scream Queens second season starts September 20 on Fox.

The pastel hair trend has been going strong for a couple of years but we haven’t seen a lot of men jump on board. Now that we’ve seen Taylor rock his My Little Pony inspired locks we’re all for taking the trend unisex — do you agree?