President Biden got a standing ovation when he walked out onto the Jimmy Kimmel set Wednesday night.

The host got right down to the serious questions, asking the President why he hadn’t issued an executive order:

“Can’t you issue an executive order? Trump passed those out like Halloween candy,” Kimmel quipped.

Though Biden said he’s done everything “within the power of the presidency” on gun control, he added he does not want to be like the former President:

“What I don’t want to do — and I’m not being facetious — I don’t want to emulate Trump’s abuse of the Constitution and Constitutional authority,” Biden said. “I mean that sincerely, because I often get asked, ‘Look, the Republicans don’t play it square. Why do you play it square?’ Well, guess what? If we do the same thing they do our democracy will literally be in jeopardy. Not a joke.” 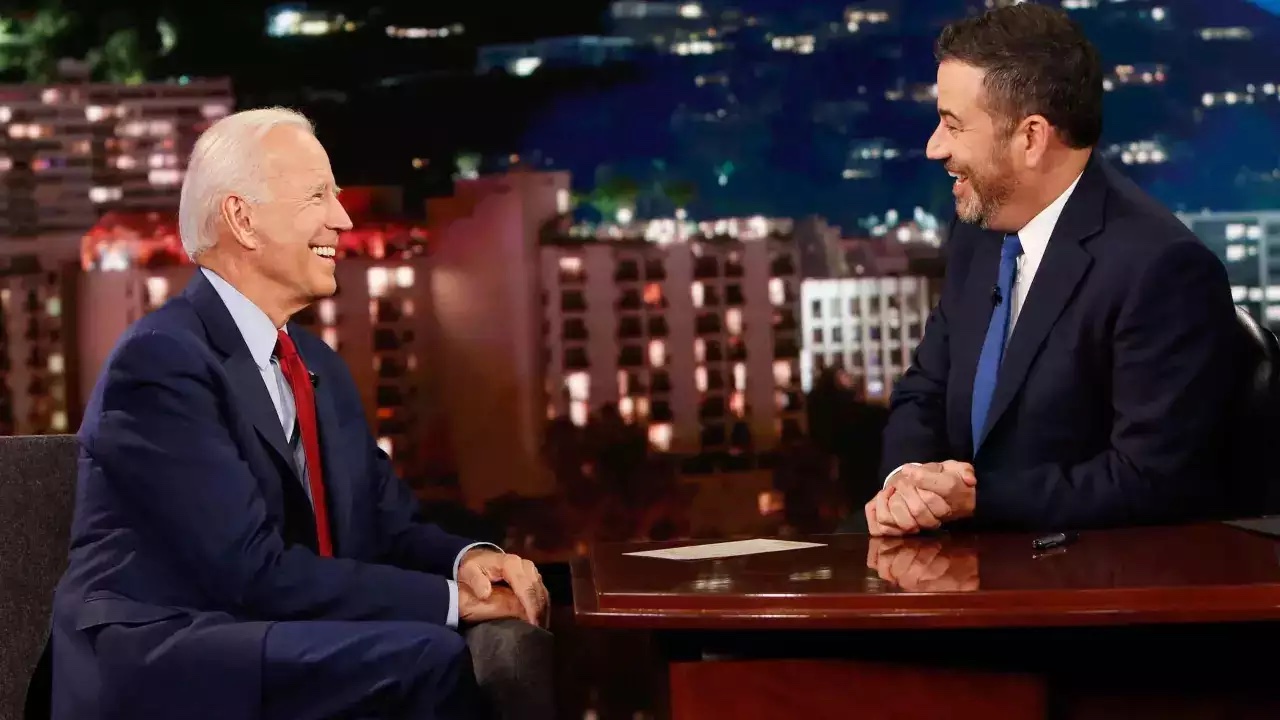 While saying he Biden’s position, Kimmel wondered how the president plans to “make any progress.”

“It’s like you’re playing Monopoly with somebody who won’t pass Go and won’t follow any of the rules,” Kimmel said. “How do you ever make any progress if they’re not following the rules?

“Well, you gotta send ’em to jail,” Biden replied, referencing the popular board game, to laughter from the Kimmel and the studio audience.