As the nation erupted in the sixth day of protests over George Floyd’s death, police in different cities took a different approach, kneeling with protestors and in some instances, hugging overwhelmed demonstrators. 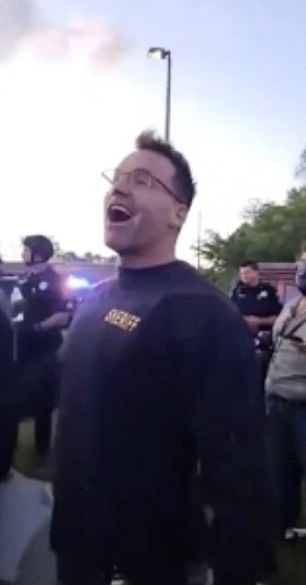 n Flint, Michigan, County Sheriff Chris Swanson (above)) took off his helmet and laid down his baton to walk with demonstrators.

“We want to be with y’all, for real,” Genesee County Sheriff Chris Swanson said to cheers from demonstrators, with video from a Michigan TV crew showing the sheriff taking off his helmet and laying it on the ground along with his baton. “So I took my helmet off, they laid their batons down. I want to make this a parade, not a protest.”

“I knew that the benefit far outweighs the risk,” Swanson told “Good Morning America” of the decision to take off the gear. “And when you show action of, ‘Listen, I’m going to make myself vulnerable in order to come into your circle and show you that I want to be that solution,’ that was the change-maker right there.”

He continued, “The community puts a lot of trust and faith in us, and we can’t sit there and hold back — we need to make sure we do what we need to do to hear the community and to respond.”

In the video taken in Flint, Sheriff Swanson can be heard telling protesters: ‘I took the helmet off, laid the batons down.

‘I want to make this a parade. Not a protest. You’ve got little ones here, you’ve got dogs so listen, I’m just telling you. These cops love you.

‘That cop over there hugs people. So you tell us what you need to do.’

A protester in the crowd can then be heard yelling ‘walk with us’ as others join in her chant. And they did. 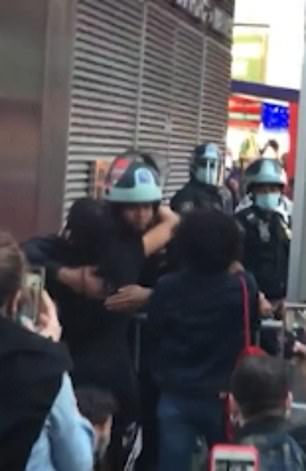 In New York City, a video shared to Twitter shows an NYPD officer kneeling with protesters as the crowd erupts into cheers. 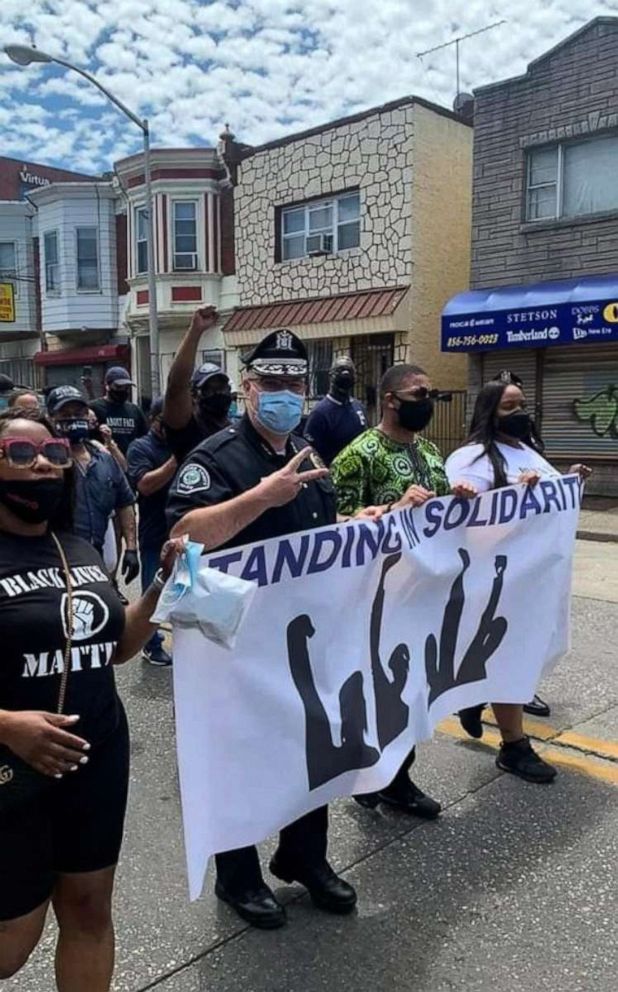 Camden police march with those honoring the recent death of George Floyd by Minneapolis police. 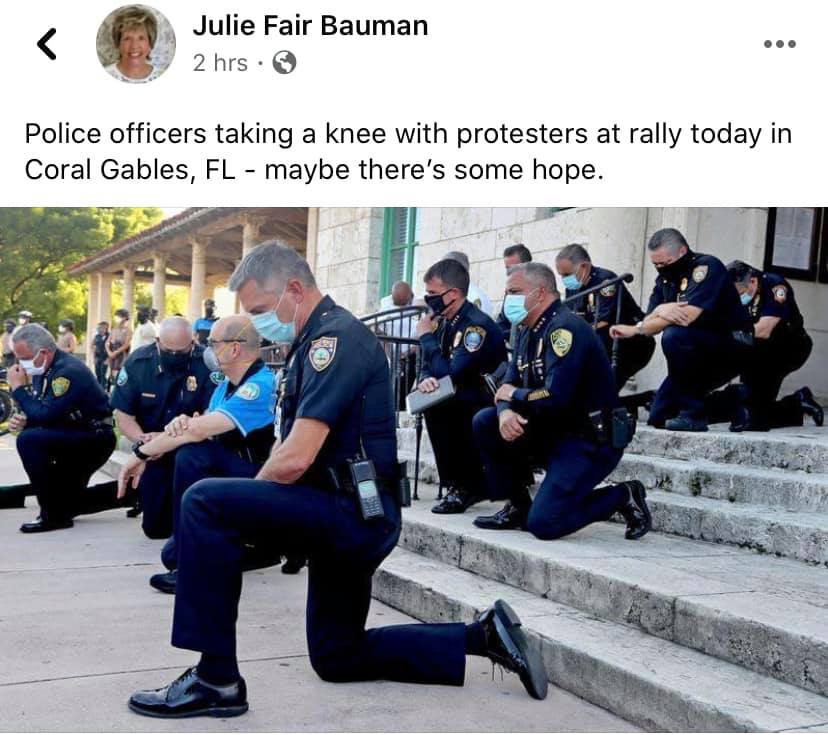