Twitter’s safety team put out a statement saying the “calls to violence” were a violation of its rules.

Twitter said it made the decision after Trump’s  tweets on Friday which the social media giant was a breach of its ‘Glorification of Violence policy.’

The first tweet read: ‘The 75,000,000 great American Patriots who voted for me, AMERICA FIRST, and MAKE AMERICA GREAT AGAIN, will have a GIANT VOICE long into the future.

‘They will not be disrespected or treated unfairly in any way, shape or form!!!’

Twitter claimed that the tweets had to be ‘read in the context of broader events in the country and the ways in which the President’s statements can be mobilized by different audiences, including to incite violence, as well as in the context of the pattern of behavior from this account in recent weeks’.

No response yet from Trump. 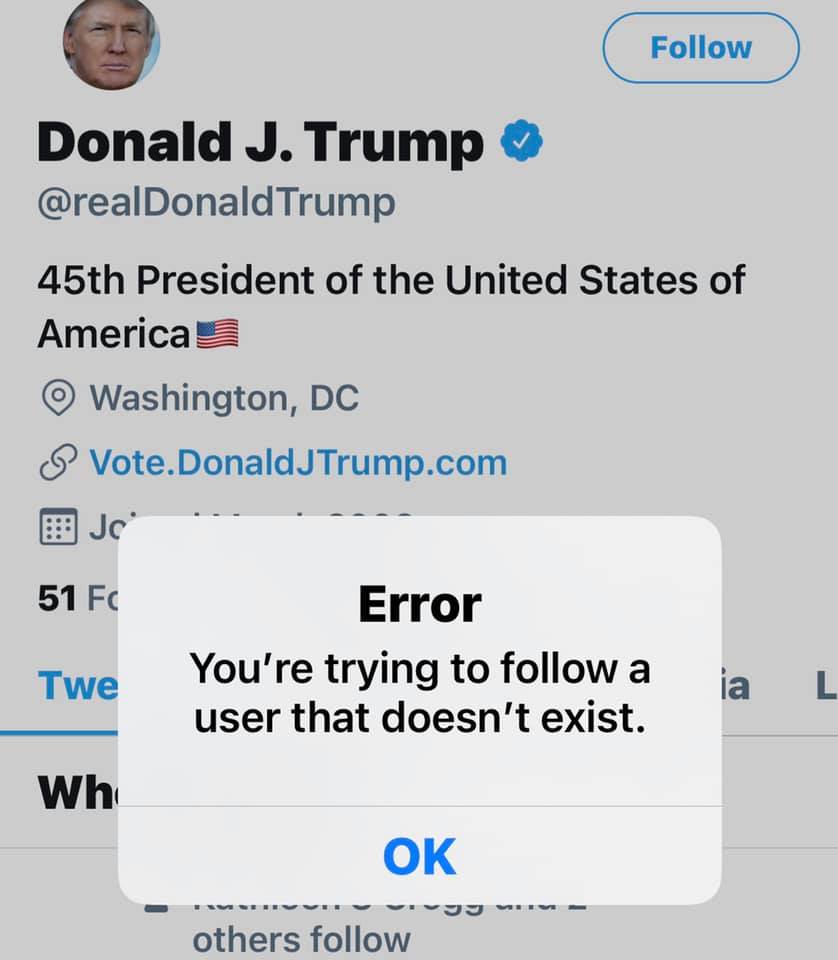