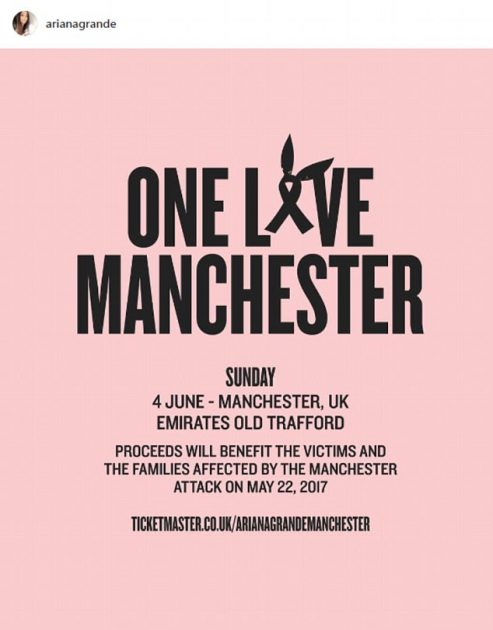 When Ariana Grande announced she would be going back to Manchester to perform a benefit concert for victims of the terror attack at her last concert in the city, other artists rushed to join her. The ONE LOVE Manchester gig now has an all-star lineup, including Katy Perry, Justin Bieber, Coldplay, Usher, Pharrell, Miley Cyrus and now the Black Eyed Peas.

The concert will be held this weekend, Sunday, June 4th and Ariana has promised those that were in attendance at her earlier concert will be given free tickets to this event.

About 50,000 people are expected to attend the event, which will be broadcast on BBC television.