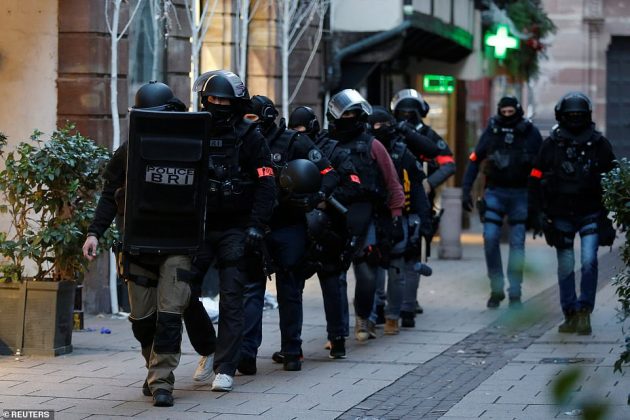 At least three people were killed and 13 injured when a lone gunman opened fire at Strasbourg Christmas Market, just outside Paris.

Witnesses say Cherif Chekatt, 29, shouted ‘Allahu Akbar’ as he mowed down the crowd.

According to sources, the Islamist extremist was known to police who had tried to arrest him just one day earlier, on a different charge. Though the terrorist wasn’t home police found a cache of weapons including a grenade.

The gunman was wounded by the police responding to the call at the Christmas Market but he managed to hijack a taxi and is still at large. President Macron raised the country’s terror level to its highest state as anti-terror police probed the attack. 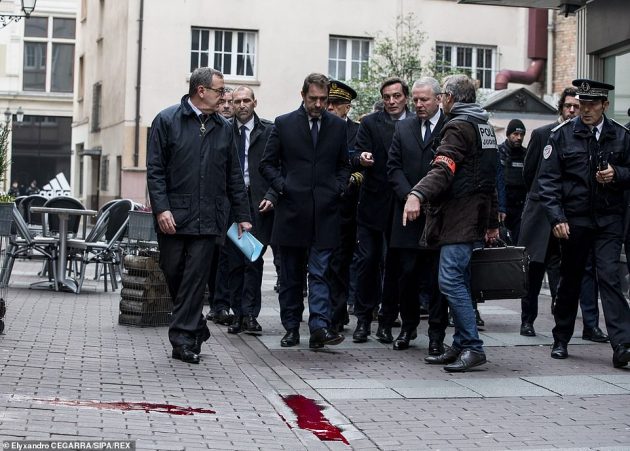 French Interior Minister Christophe Castaner walks through Strasbourg the day after the shooting at the town’s famous Christmas market.