After the actor Chadwick Boseman died from colon Cancer at 43 on Friday, Marvel studios put together a moving tribute video with a collection of interviews with his co-stars and never-before-seen footage of the late star.

‘You will always be our King,’ Marvel Studios tweeted on Sunday with the video which has already been  8.5 million times — in the first 12 hours. 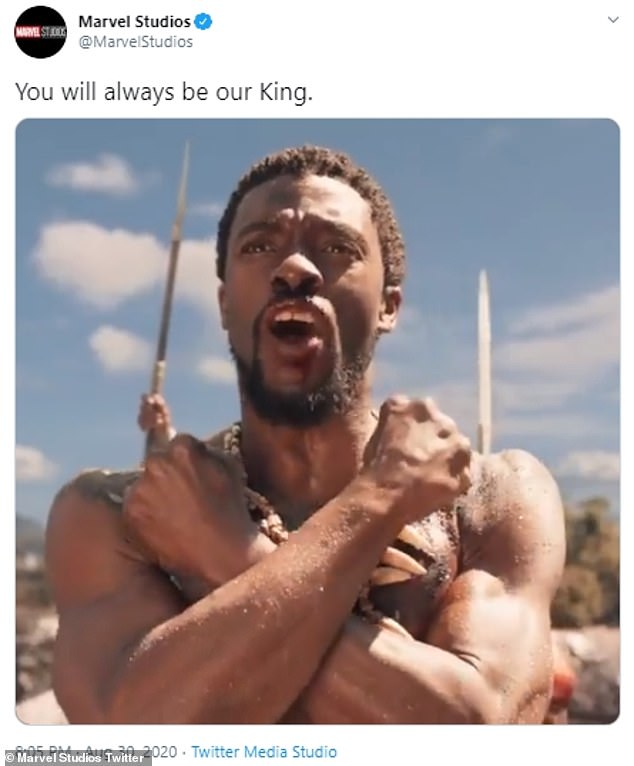 Best known for his role as King T’Challa in Black Panther, he endured chemo and other treatments for four years without once letting on he was sick.

He will be greatly missed.