Police are investigating the incident yesterday when a St. Louis couple armed themselves and pointed their weapons at peaceful protestors.

According to a police report, officers responded to a “call for help” made by the couple, who said the protestors were on private property and had “observed a large group of subjects forcefully break an iron gate marked with ‘No Trespassing’ and ‘Private Street’ signs’ despite no evidence that the gate had been tampered with. In fact, it appeared to be unlocked.
In his statement, McCloskey (the one wielding an assault weapon) said:  “This is all private property. There are no public sidewalks or public streets. We were told that we would be killed, our home burned and our dog killed. We were all alone facing an angry mob.”

Meanwhile, the protestors continued peacefully on their way to the Mayor’s house.

And now, for a bit of humor… 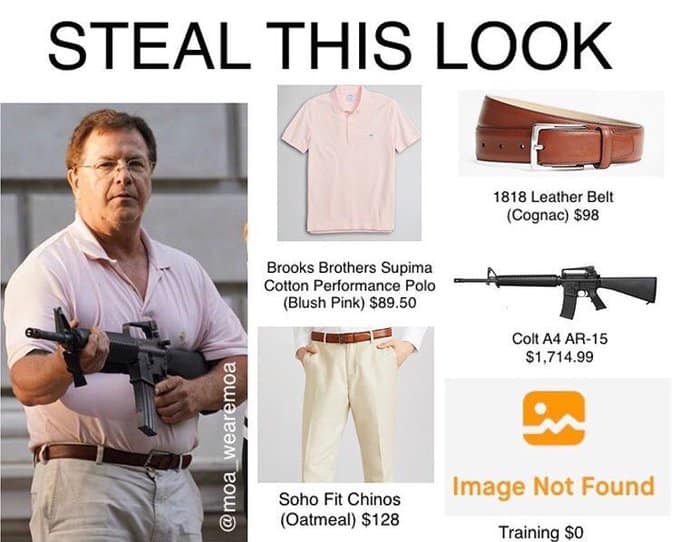