Fittingly, Maven partnered with ‘A Drink With’ for a live intimate interview with Rob Crabbe, Executive Producer of “The Late Late Show with James Corden,’ to discuss the wildly popular  ‘Carpool Karaoke,’ plus the viral nature of today’s digital content and entertainment industry, and how leaders in the space are “disrupting” late-night’s traditional broadcast platform.  The highly entertaining guest offered up some wonderful stories with the rapt crowd. When asked who they’ve never been able to book, Crabbe answered immediately ‘Beyonce!’ He also shared his advice on how to make it in the entertainment industry, advising: “Don’t be a d***” because you never know what intern will later come up with the next hit sitcom. ‘ 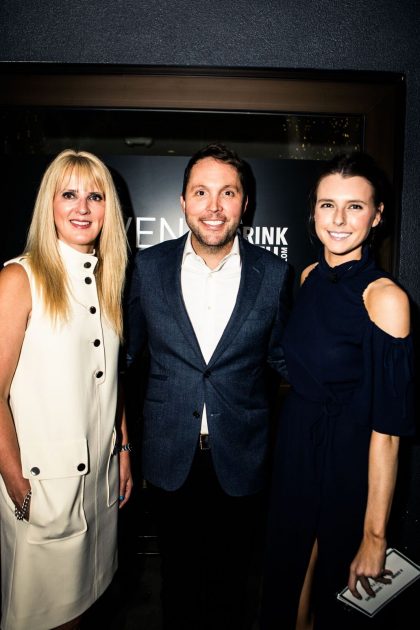 More about Maven, which takes car sharing one step further:  A fully connected fleet of General Motors vehicles featuring new cars loaded with technology allows users to personalize the entire experience bringing along their digital lives into the vehicles through Apple CarPlay® and Android Auto™, including contacts, favorites, and maps. Maven advisor support is available through OnStar® for questions, roadside assistance, and emergency response, allowing peace of mind for the journey. Maven Reserve pricing is simple and transparent and includes insurance and $100 worth of fuel. For more information, check out Maven at www.Maven.com. Car sharing is the wave of the future. Maven makes it seamless.

UPDATE: Just in time for summer, the service has expanded to the east coast for NYC and now most recently to the Hampton’s. Happy traveling!