Thousands lined up outside the Supreme Court building on Wednesday to pay their respects to Ruth Bader Ginsburg after a private viewing by her family, her fellow jurists and fellow law clerks.

‘Ruth is gone and we grieve,’ Chief Justice John Roberts said in his eulogy. ‘Of course, she will live on in what she did to improve the law and the lives of all of us.’ 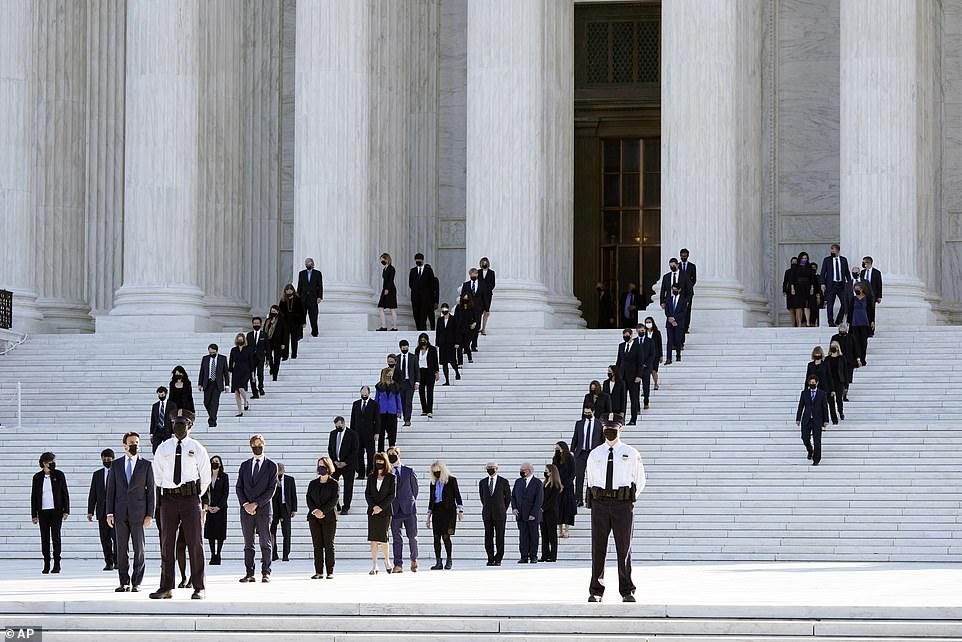 As seen above,  120 of her former law clerks lined up in rows down the Supreme Court’s stairs, as an honor guard for the icon.

At one point in his tribute, Chief Roberts called the former Supreme Court jurist a ‘rock star,’ saying:

‘It has been said that Ruth wanted to be an opera virtuoso, but became a rock star instead. But she chose the law, subjected to discrimination in law school and the job market because she was a woman, Ruth would grow to become the leading advocate fighting such discrimination in court. She found her stage right behind me in our courtroom.’

‘There she won famous victories that helped move our nation closer to equal justice under law, to the extent that women are now a majority in law schools, not simply a handful. Later she became a star on the bench where she sat for 27 years. Dissenting opinions will steer the court for decades. They are written with the unaffected case of precision,’ he added. 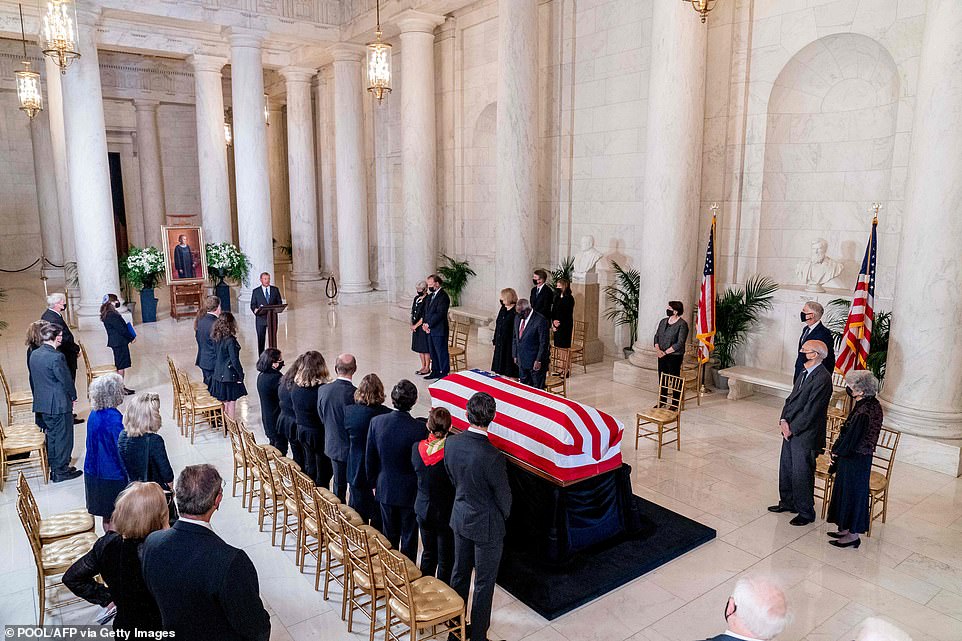 In another honor for Ginsburg, she will be the first woman to lie in state in the U.S. Capitol when her coffin lies in Statutory Hall on Friday. She will be buried in Arlington National Cemetery next week, where her husband Marty Ginsburg lies in rest.

Her legacy lives on.