An emotional Prince Harry lashed out at the media Tuesday as they announced that they are suing the English publication the Mail after they published a private letter she wrote to her estranged father. 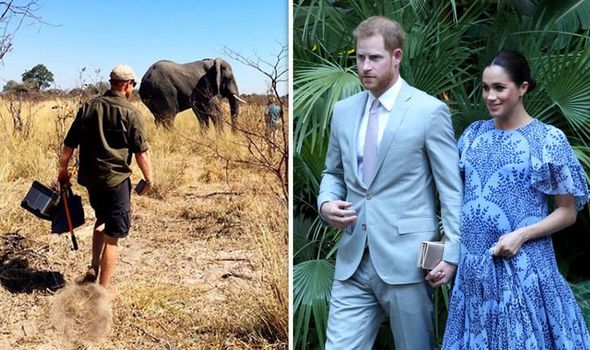 Calling it  ‘bullying’ and ‘relentless propaganda’ he posted the personal statement on their official website, saying his ‘deepest fear’ was his ‘wife falling victim to the same powerful forces’ that his mother faced.

‘Unfortunately, my wife has become one of the latest victims of a British tabloid press that wages campaigns against individuals with no thought to the consequences – a ruthless campaign that has escalated over the past year, throughout her pregnancy and while raising our newborn son.

There is a human cost to this relentless propaganda, specifically when it is knowingly false and malicious, and though we have continued to put on a brave face – as so many of you can relate to – I cannot begin to describe how painful it has been.

Because in today’s digital age, press fabrications are repurposed as truth across the globe. One day’s coverage is no longer tomorrow’s chip-paper.’

Harry added: ‘My deepest fear is history repeating itself. I’ve seen what happens when someone I love is commoditised to the point that they are no longer treated or seen as a real person.’