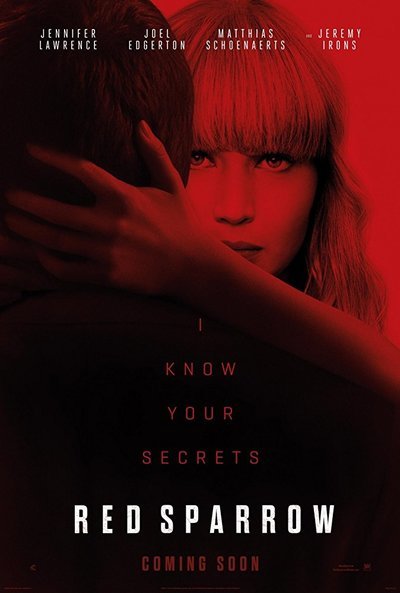 Boobs, beatings, and bangs—that should be the name of Jennifer Lawrence’s latest spy flick, Red Sparrow.

The story focuses on a prima ballerina (Lawrence) who has an on-stage accident (or was it?) and gets recruited in to Russia’s espionage game.  I’m all for a fun thriller with a strong female protagonist, but when Lawrence’s character goes in for ‘double agent training’—or whore school as the character calls it—things get weird—so weird that the guys sitting in front of me started to giggle.  Let’s say there’s lots of naked public humiliation.  Charlotte Rampling plays the matron in charge—at 70 plus years of age—it’s nice to know she can still dish out the discipline (see The Night Porter.)

The cast also includes Joel Edgerton as the American spy who has information our ballerina needs and the esteemed Jeremy Irons as the General in charge of the Russian spy group.  Littered among this talented cast in smaller roles are:  Joely Richardson as Lawrence’s mom and Mary Louse Parker who plays a mole.

The cast is great, the movie is not….

There are two rape scenes—(actually one rape and one almost rape), several torture scenes one which includes skin shaving—always fun to watch, and a lot of beating on our star actress Jennifer Lawrence—never fear she does beat back. 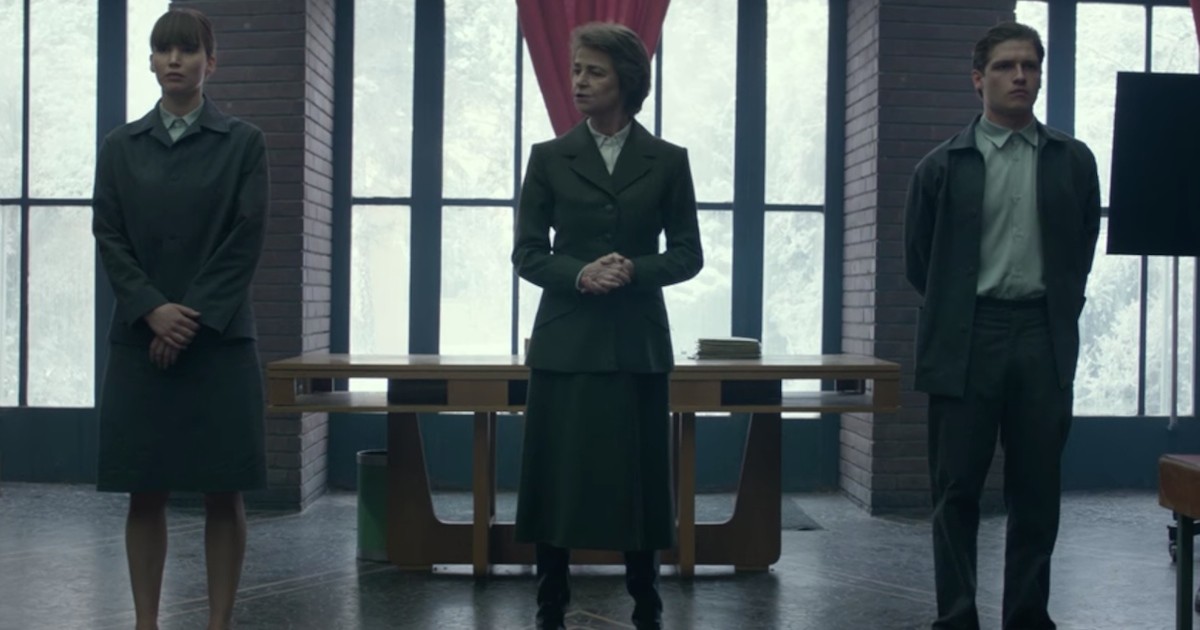 The film is a typical cat and mouse thriller and at times confusing—and yes it has a surprise ending if you can sit through it.

Oh, Jennifer—why did you make this film?  But more importantly, what’s up with those bangs—they looked glued to your forehead.

Stay home eat borsht, and have a vodka—I’ve just saved you a few rubles.