Over the weekend, the violence in Hong Kong escalated when police tried to oust protestors from Universities.

When some protestors did try to leave police beat them and arrested them, so the over 1,000 protestors still under siege at Polytechnic University now say they are afraid to come out.

At sympathy rallies across the city, protestors chanted “Save PolyU, save the students!” 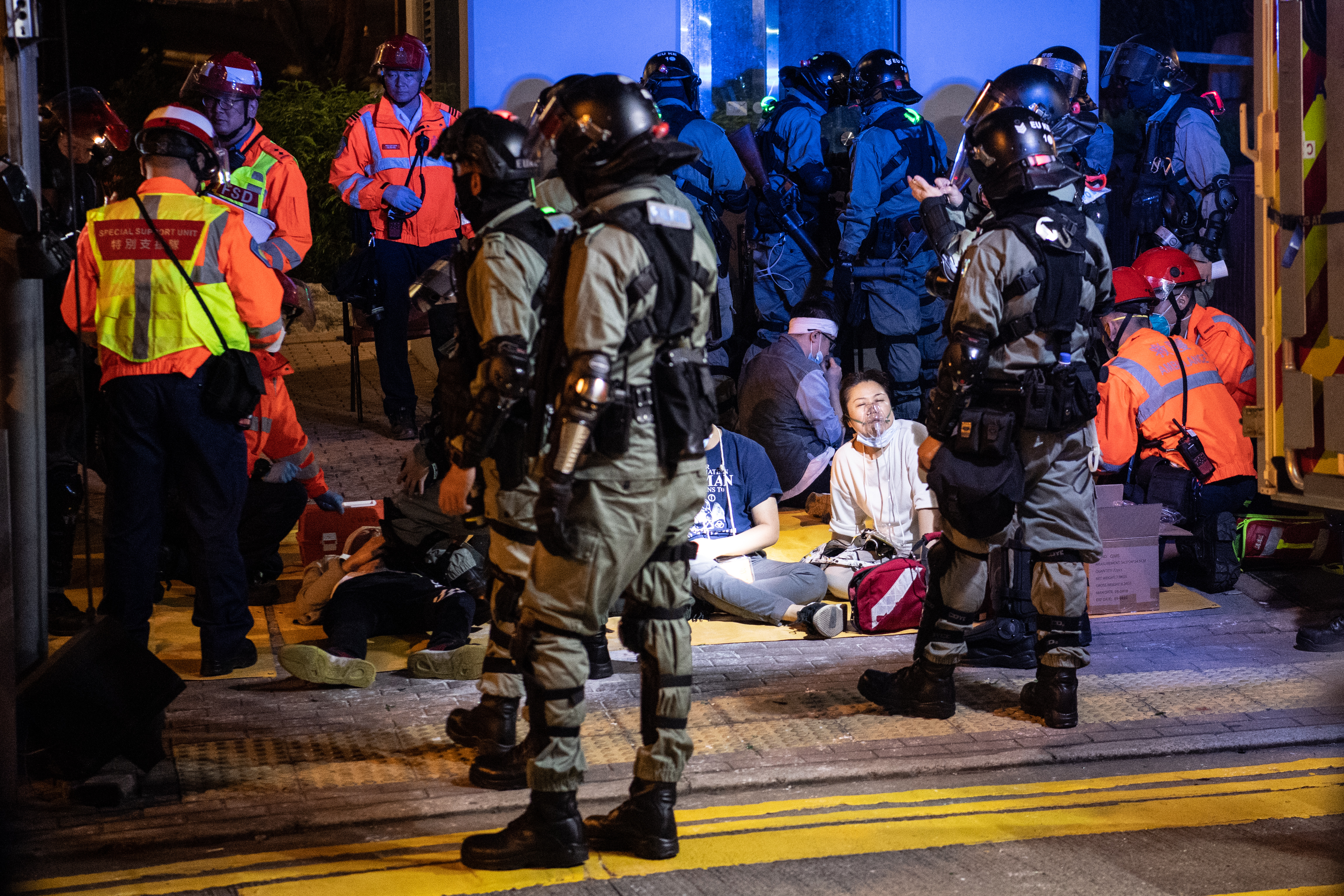 At last count over  66 people were injured over the weekend including one police officer who was shot in the leg with an arrow.

In a sign that the clash is ratcheting up, police have been spotted carrying assault rifles (not something you often see on the streets of Hong Kong) indicating that Chief Executive Carrie Lam is escalating Beijing’s response to the protest.

Meanwhile, police allowed Red Cross to enter the campus today to tend to the wounded. 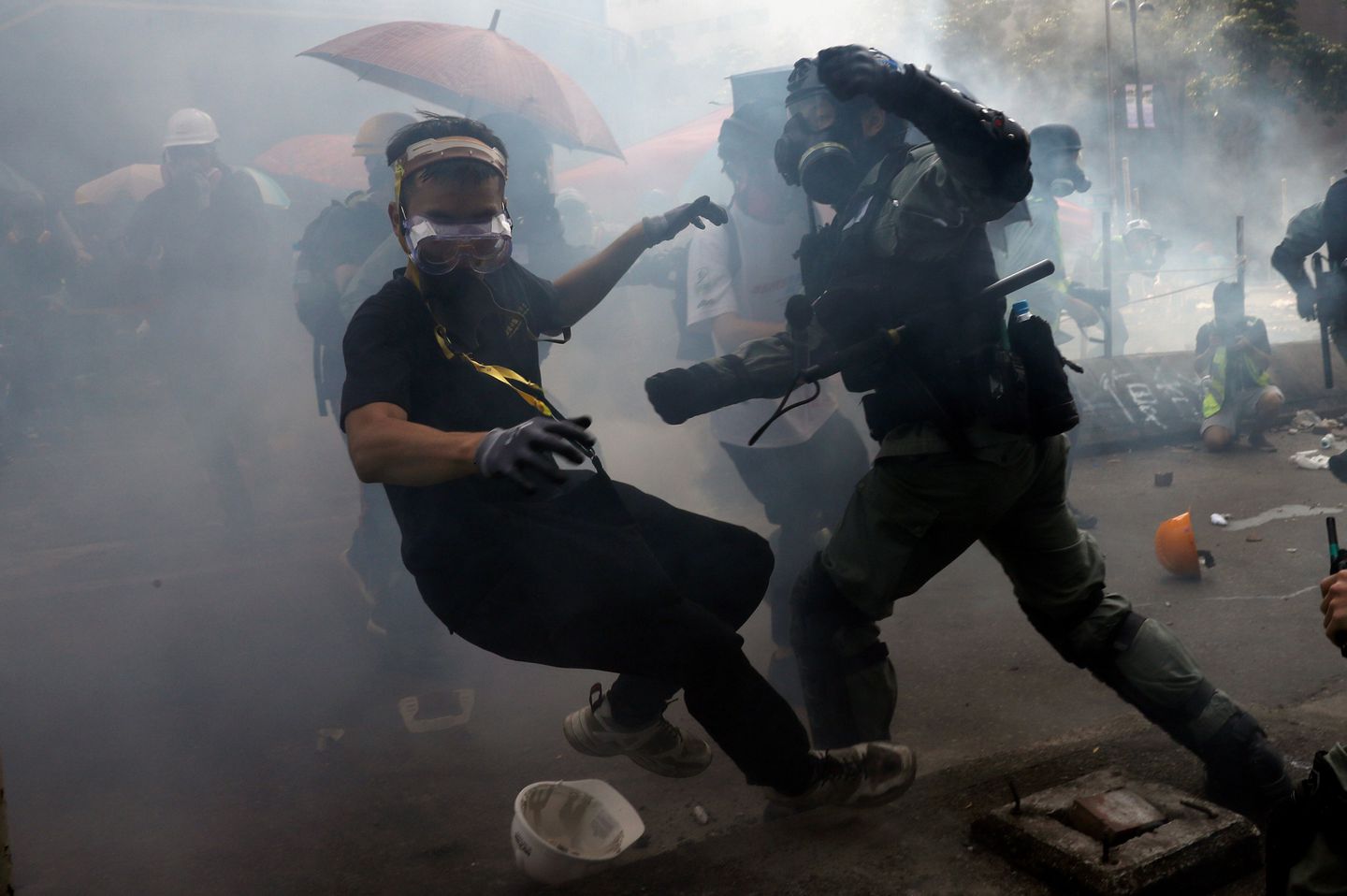