Georgia Republican Senate candidate Herschel Walker, who is battling Democratic Senator Raphael Warnock, was in Georgia whipping up votes when he went on a long ramble about some scary movie — and how he now wants to ‘be a werewolf’ because they can ‘beat vampires.’

Instead of talking about policies, the Trump-supported candidate discussed the horror film at length in a video that has now gone viral.

“It was about vampires. I don’t know if you know, vampires are cool people, are they not? But I want to tell you something that I found out. A werewolf can kill a vampire, did you know that? I didn’t know that. So, I don’t want to be a vampire anymore, I wanted to be a werewolf.”

What? Better a werewolf than US Senator. 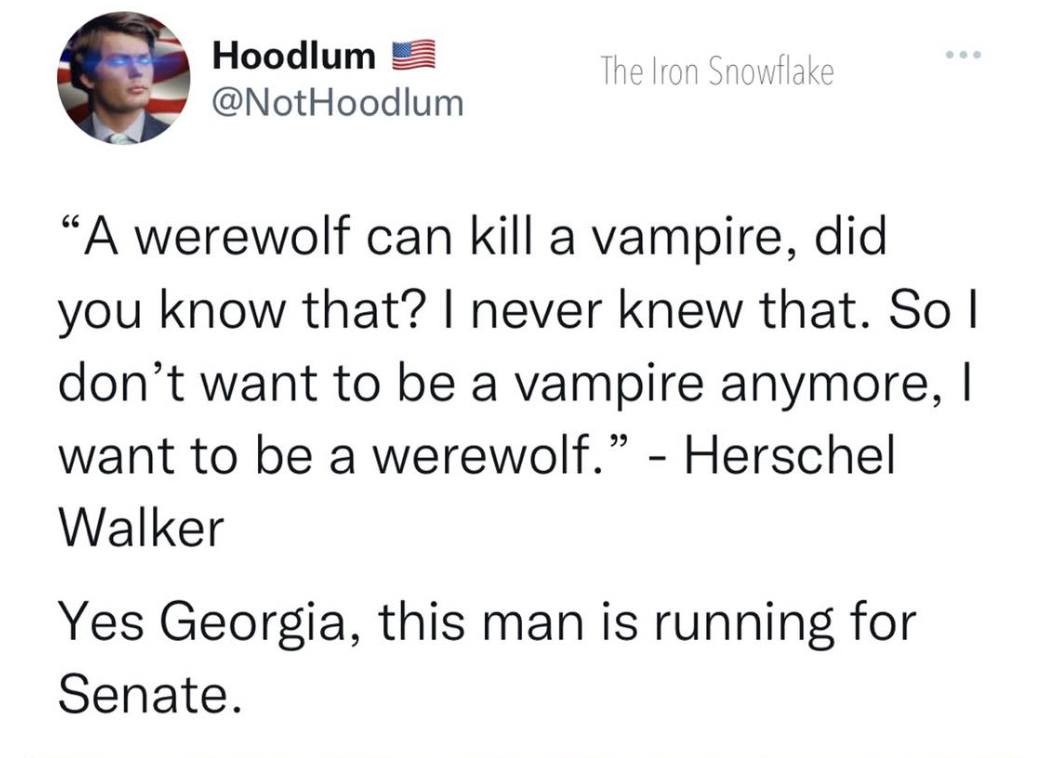