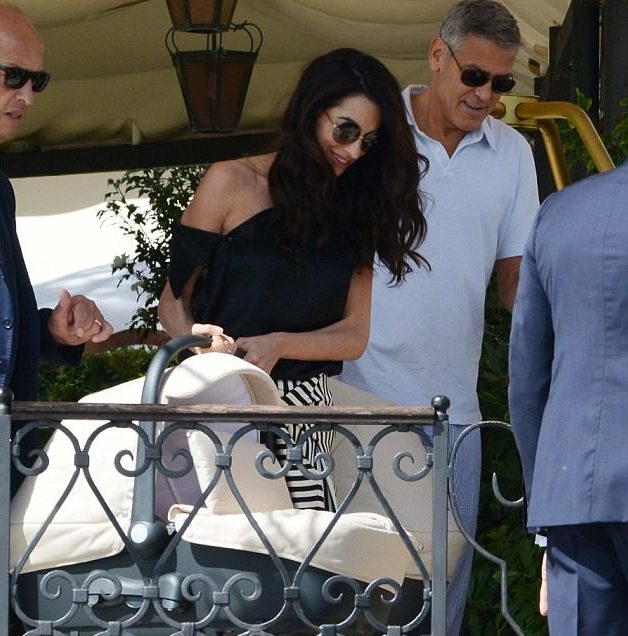 In a recent interview, heart throb George Clooney revealed he was great at changing diapers and that his friends are amazed:  ‘My house is filled with the warm sounds of babies crying. You should see when my friends show up and see me change a diaper, the laughter that comes from them. I go, “I know, I know.” I’ve given them so much s*** for so many years, I deserve every bit of it.’

The actor also revealed that though most people just assumed that they wouldn’t have children, that was far from the truth.

‘And then, after the wedding, Amal and I were talking and we just felt we’d gotten very lucky, both of us, and we should share whatever good luck we’ve got. It would seem self-centered to just have that belong to us.’

The new parents at the Venice Film Festival.