‘But I am delighted to find the many areas in which the incoming Biden/Harris administration is able to make common cause with us.

‘In particular it was extremely exciting to talk to president-elect Biden about what he wants to do with the COP26 summit next year in which, as you know, the UK is leading the world in driving down carbon emissions and tackling climate change.’

In a normal transition, calls to international leaders are facilitated by the White House but with Trump still in childish denial, he has forbidden any departments to work with the incoming President. 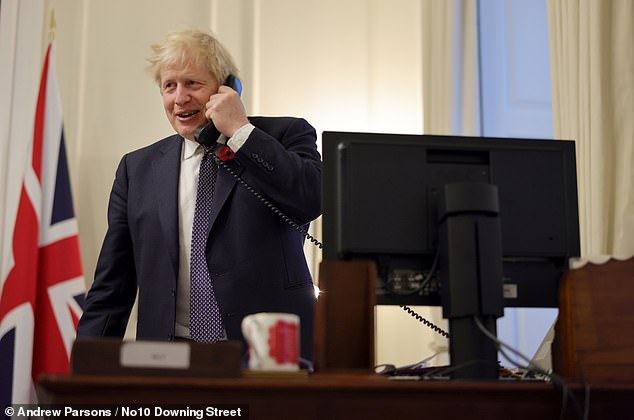