But, when you’re Seine cruise completed, Can Canned-out, Mona Lisa lethargic and just over paying €30 for a lukewarm café au lait and stale Croque monsieur, it’s time to get out of the sightseeing swamp and start enjoying the City of Lights like a local, with our non-tourists guide to Paris.

Paris is one of the best cities in the world for just wandering around until you’re lost; it’s packed to the brim with beautiful tree-lined streets and brasserie-fringed boulevards. 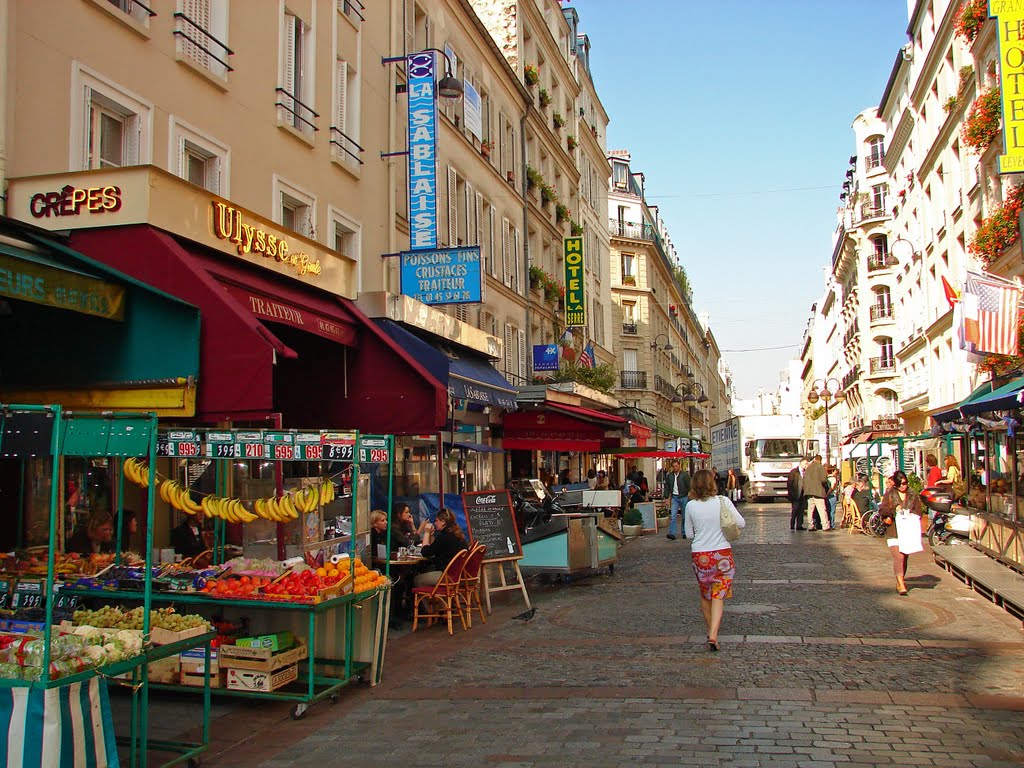 If you want to mingle with Parisians rather than swarms of selfie-snapping sightseers though, then head to the stunning Rue Cler in the 7th arrondissement.

The pedestrian-friendly street is only a 15-minute stroll from the Eifel Tower, but it somehow manages to evade the throngs of tourists, who tend to visit the bigger flashier Rue d’Aligre instead.

Rue Cler was le zone de choix of the French bourgeoisie back in the day, so it’s little surprise that it’s littered with grand and stunning historic mansions that now house France’s business elite.

The area is also home to an array of open-air markets, cafes, gourmet food shops, boutiques and brasseries—all at local, not tourist prices—and it’s the perfect place to satiate your wanderlust.

Paris boasts a whopping 480 parks and gardens, but the Parigots’ money shot is le Parc des Buttes-Chaumont in the northeast of the city. 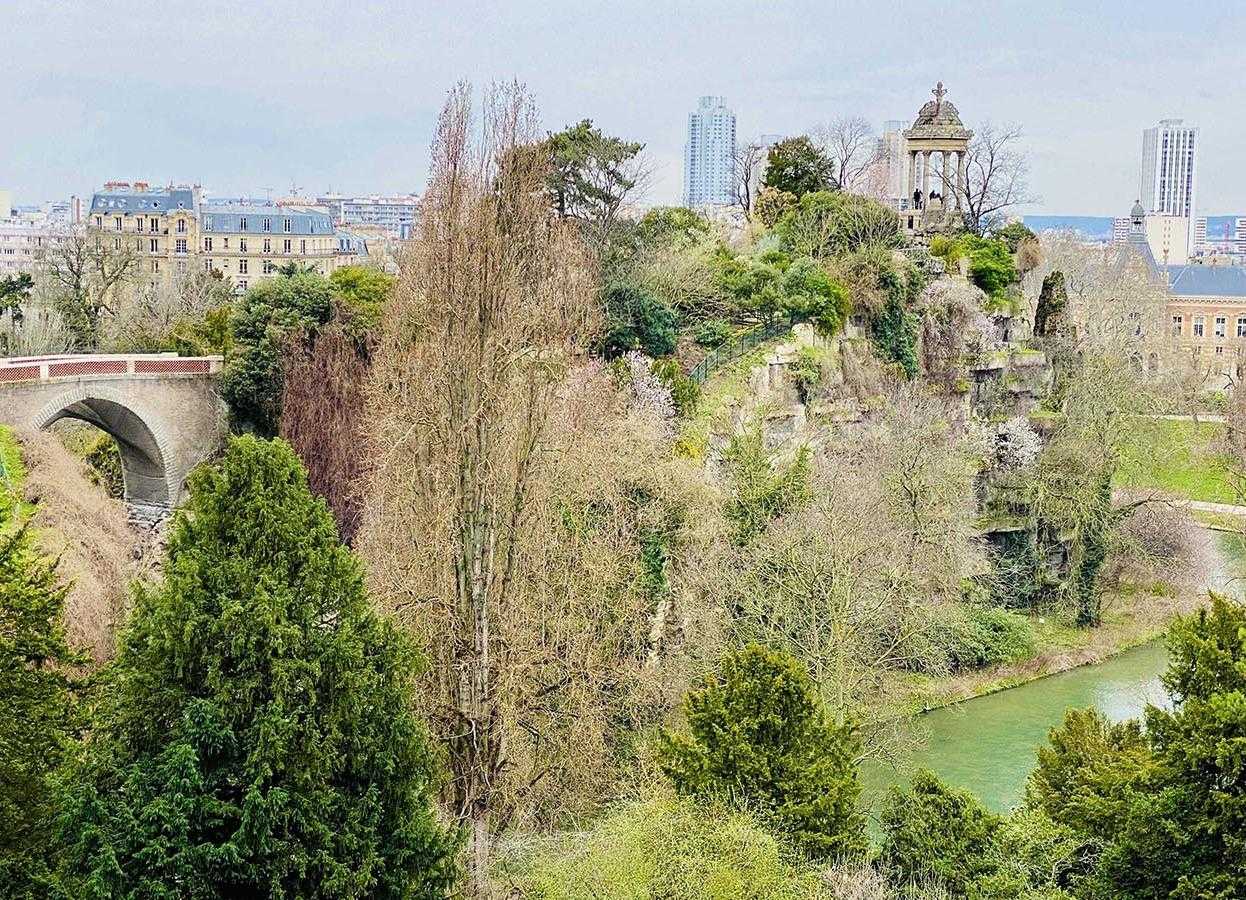 Buttes-Chaumont dates back to the 1800s’ Napoleon III-era and its sprawling 61-acres are comprised of intriguing little temples, an artificial lake, grottos, waterfalls, exotic and homegrown trees and plants, and even numerous suspension bridges that were designed by none other than Monsieur Gustave Eiffel himself.

Buttes-Chaumont is perfect for lazing around and people watching, as are most parks throughout the world, but it has the unique appeal of Parisian people watching.

Not a pair of Crocs in sight.

Paris’ food markets are legendary, it’s still the cultural norm for Parisians to shop daily and locally, rather than hitting up le supermarché once a week, so they’re a bustling hive of activity.

It’s not all just delicious edibles though—antiques, clothes, bric-a-brac, books, vintage—there’s literally a market for whatever floats your boat, and they’re scattered all throughout the city.

To stroll and browse like a local, while soaking up the authentic Parisian vibe, visit le Marché aux Puces de la Porte de Vanves in the south of the city. 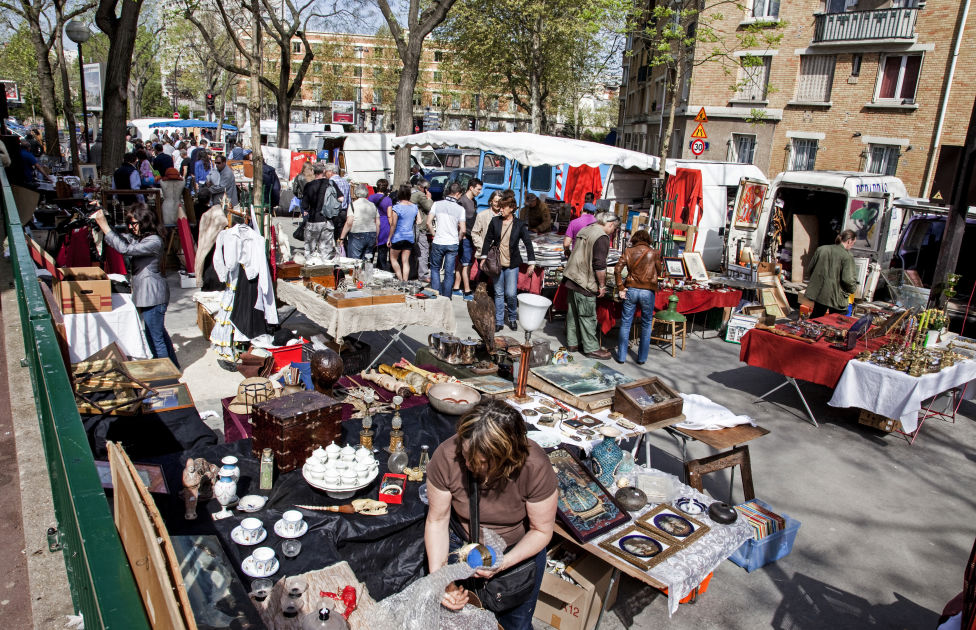 Porte de Vanves is more compact than many of the other more famous markets, but there is a wealth of amazing and unique antiques on offer and it’s great for discovering one-of-a-kind souvenirs, eccentric collectibles and curiosities.

When it comes to tourists’ checklists, visiting a mass graveyard doesn’t usually make the cut, but then, they’ve probably never heard of Paris’ catacombs.

The catacombs are an underground 18th-century  ossuary—a maze of tunnels that are now home to more than 6 million of the city’s deceased.

Stretching south from the former city “Gate of Hell” (le Barrière d’Enfer) the ossuary was built in 1774 to help solve the problem of Paris’ overflowing graveyards. 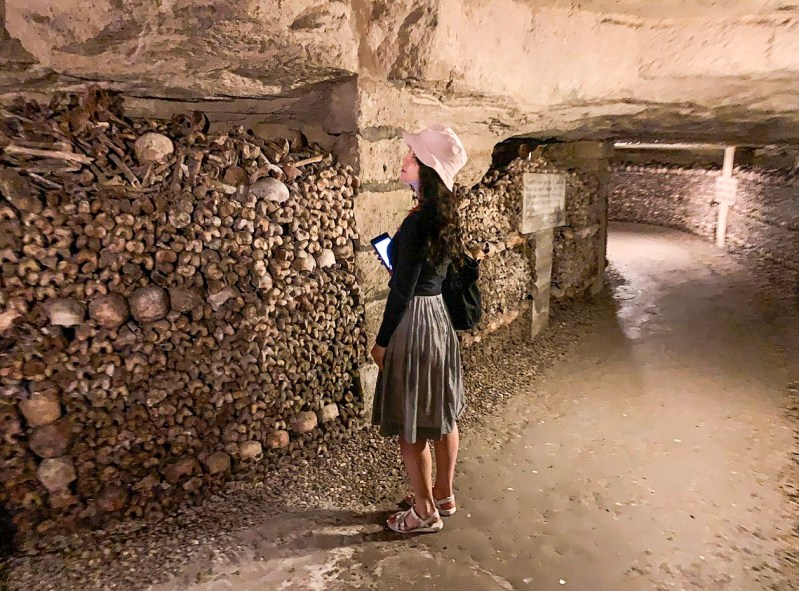 The catacombs’ multitude of long winding pathways stretch for miles, and they’re lined with the skulls and bones of Parisians past….it’s a gruesome and macabre must-see.

Get your art on

Paris is synonymous with culture and it has a thriving and vibrant art scene that dates back centuries. The city has around 130 official museums and galleries to visit, but it also has a dizzying array of street art to appreciate and enjoy, for free.

Tourists usually flock to Le Marais, Montmartre, or the Latin Quarter to check out the multitude of colorful murals that Paris has to offer, but the best is actually far from the madding crowd, in Oberkampf, Belleville, and Ménilmontant, in the east of the city. 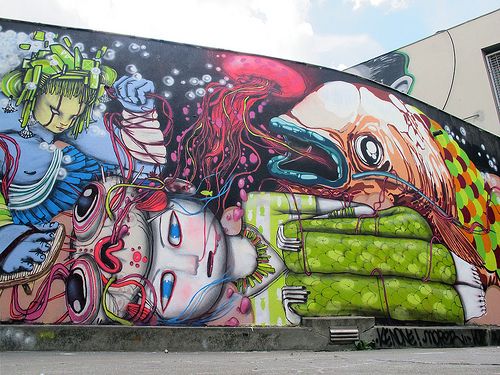 There’s literally art everywhere, an explosion of color on walls, sides of buildings, pavements, windows, even trash cans—and it’s ever-changing and evolving, just like art always should be.

Even though Paris has one of the most renowned restaurant scenes in the world, it doesn’t mean you can’t enjoy some simple dining al fresco while you’re there.

Given the mindboggling array of high-quality, fresh produce that’s readily available on every street, like warm crusty baguettes, buttery and flakey croissants, gooey brie, mouthwatering preserves and exquisite pastries and cakes, it’s no surprise that Parisians love to picnic.

Located in a working-class neighborhood, with lush green parks, scenic squares, Venetian-style foot bridges and working locks, Canal Saint Martin is definitely off the tourist trail, in addition to being one of the favorite picnic spots for locals. 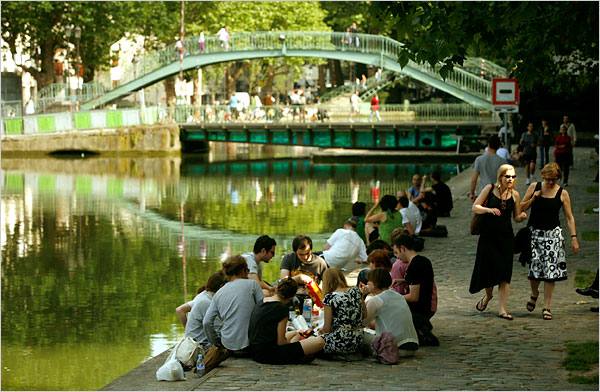 Saint Martin spans over nearly 3 miles of downtown Paris, and it offers the perfect opportunity to meander along the canal bank before unpacking a picnic, kicking back and relaxing while you eat, drink and make merry.