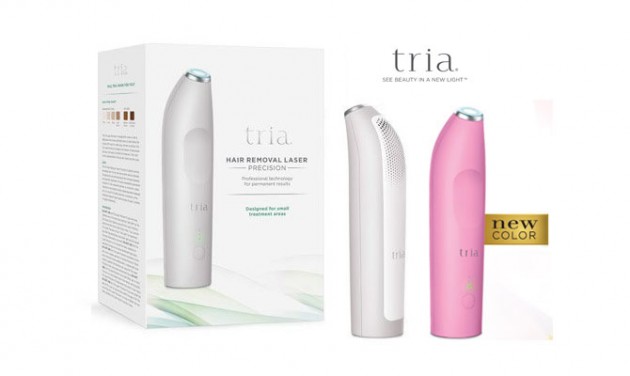 Did you know that  99% of American women remove their body hair ? Yeah, you probably did because you’re one of them.Some of our girlfriends do laser treatments but those are pricey. And waxing? Too painful for us. At the risk of sounding like a QVC commercial, get this handy dandy Tria Hair Removal Laser and you can kiss those expensive doctor visits buh-bye. 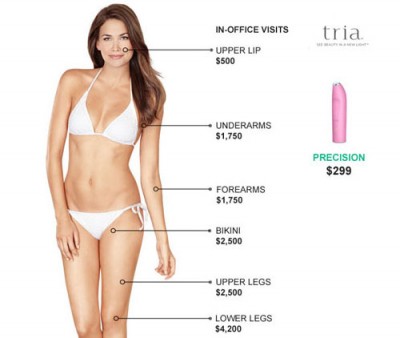 We tried the Tria Laser Precision for a few persistent hairs on our chiny-chin-chin and of course the all-important bikini line. Starting with the lowest power, we zapped the follicies and then two weeks later, zapped again. (The break is to catch the hair in different growth periods.)

Now that we’re a pro, we’re up to the highest power and there’s very little re-growth. A little longer and we’ll be hairless. In all the right spots.