Has he no pride?

On Monday night, Sean Spicer, the former White House press secretary made his dancing debut on Dancing With The Stars. For his number — the Spice Girl’s ‘Spice Up Your Life’ — he wore a fluorescent lime green frilly blouse which many compared to a highlighter. 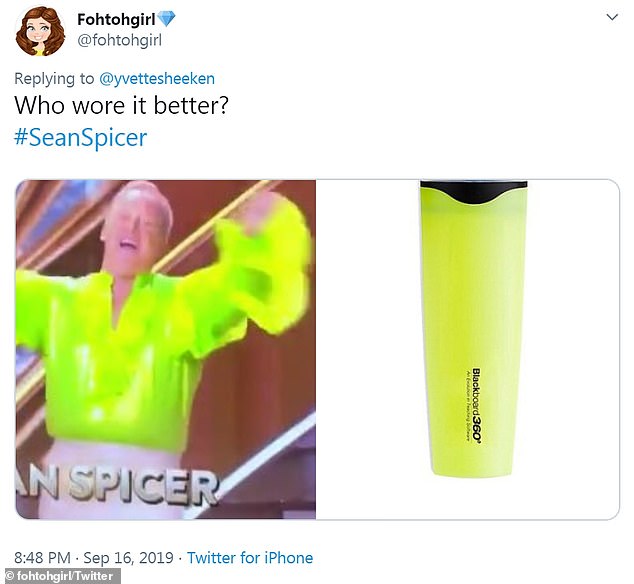 ‘Well, it’s official. Sean Spicer had the worst premiere dance in the history of #DWTS. The man looked like that green blob from Ghostbusters. Go home, Sean.’

There were bongos and tons of confetti but all anyone could concentrate on was Spicer’s costume. 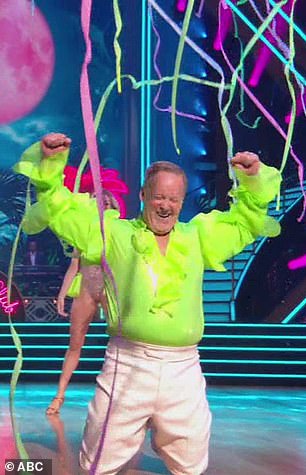 Let the fun begin. Some of our favorite memes are below. 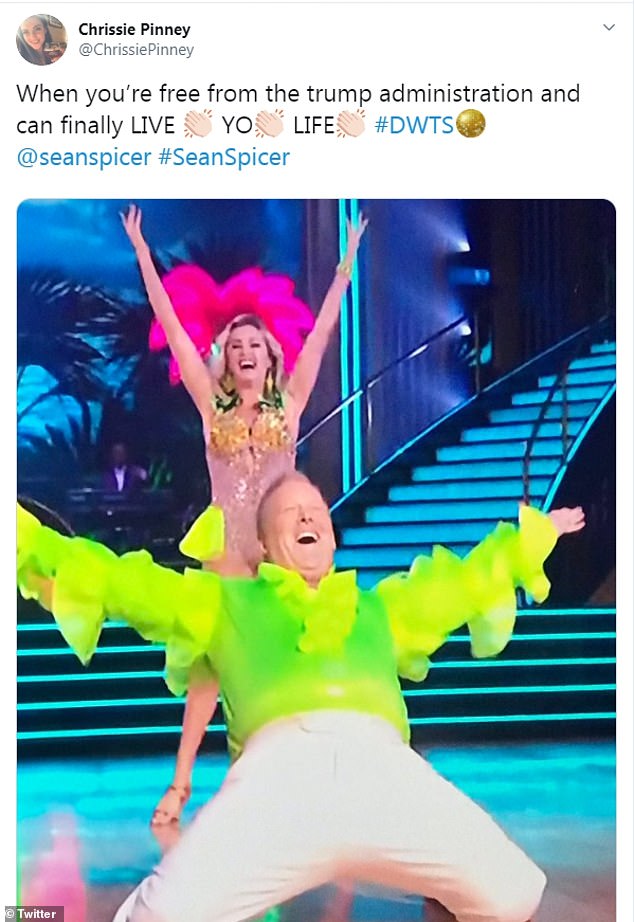 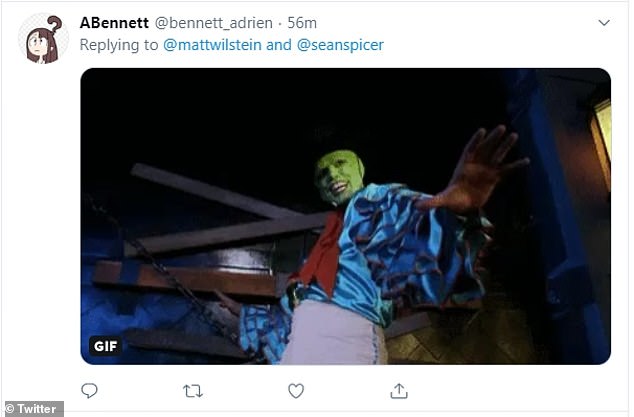 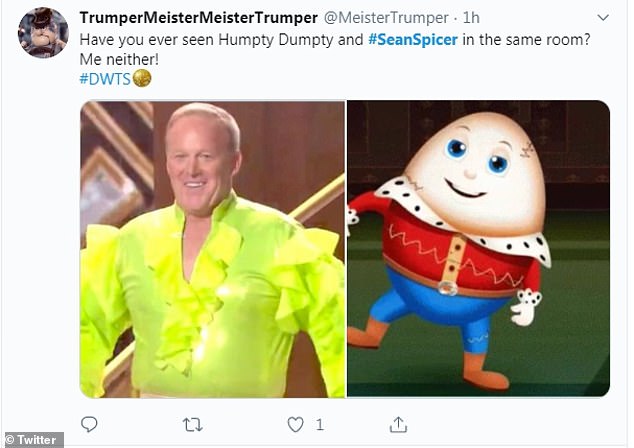