After a riotous MAGA mob encouraged by President Trump broke into the Capitol building yesterday, a growing chorus of Republicans and Democrats are calling for Trump to be removed by the 25th amendment.

Republican congressman Adam Kinzinger took the extraordinary step of posting a video to Twitter in which he called  for Donald Trump to be removed from office ‘for the sake of our Democracy.’

‘The quickest and most effective way – it can be done today – to remove this president from office would be for the Vice President to immediately invoke the 25th amendment.

‘If the Vice President and the Cabinet refuse to stand up, Congress should reconvene to impeach the president,’ Schumer added.

In an address Thursday morning in the reclaimed Capitol, Nancy Pelosi warned that if Pence didn’t invoke the 25th Amendment, the Democrats were prepared to impeach Mr. Trump for a second time.

“While it’s only 13 days left, any day can be a horror show for America,” Ms. Pelosi said, calling Mr. Trump’s actions on Wednesday a “seditious act.”

While impeaching the current President is also on the table, it would take weeks and as was demonstrated yesterday, Trump can still cause considerable damage to this country in that short time. He still holds military power, had the nuclear codes, and has a bad habit of striking out at whoever he perceives to be his enemy, regardless of the cost. 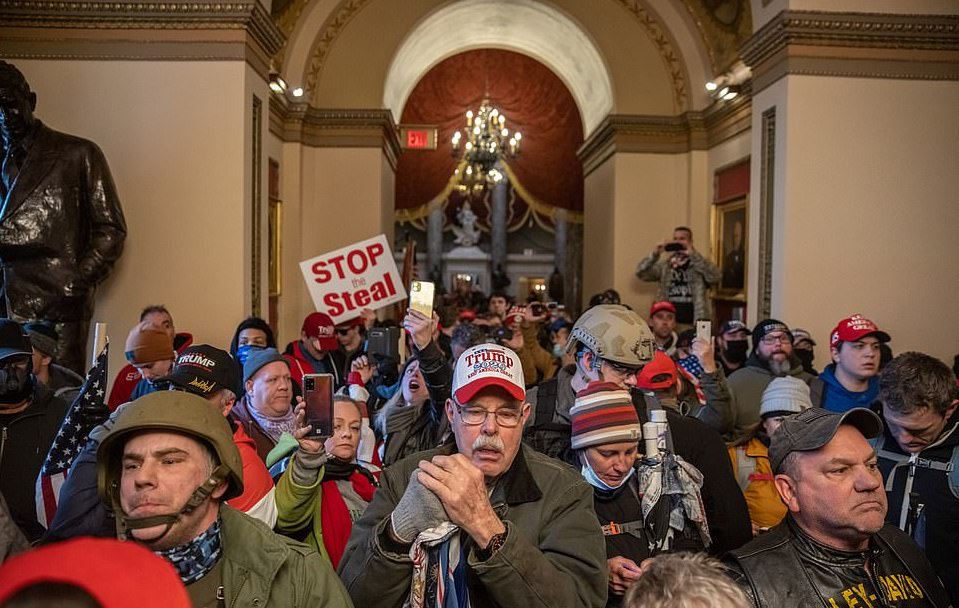