In the 24 hours after Nancy Pelosi’s explosive announcement that they had started an impeachment inquiry into President Trump after it was revealed that he had tried to coerce a foreign leader into digging up dirt on Biden, his political rival, Trump’s reelection campaign raised $5 million. 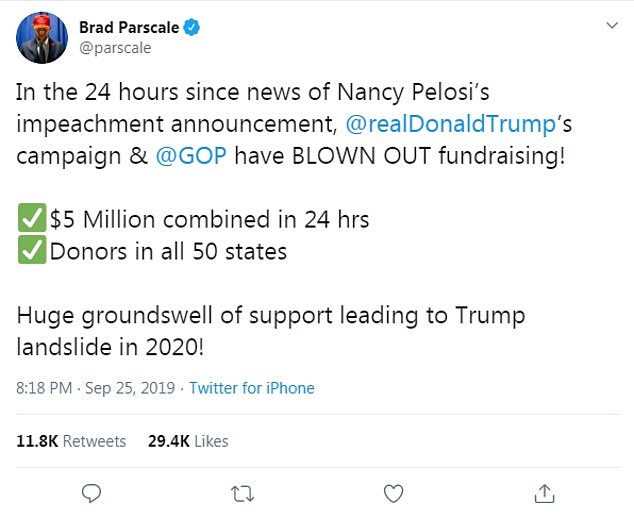 On Wednesday the White House released a transcript of Trump’s phone call with Zelensky, which clearly proved Trump did ask Ukraine to investigate Biden.