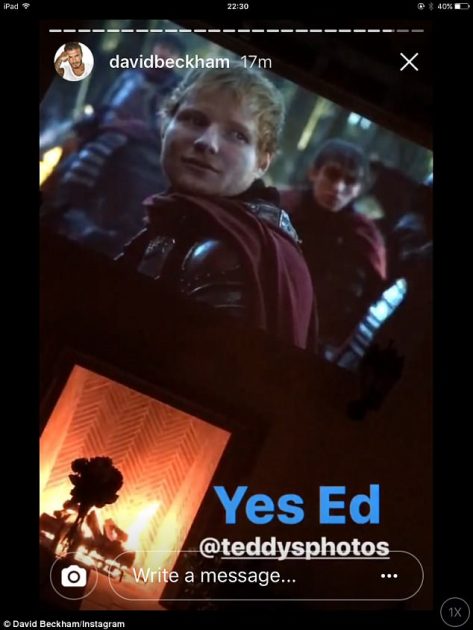 In the worst kept secret since Watergate, Ed Sheeran made his cameo on the season seven premiere of Game of Thrones Sunday.

Doing what comes naturally, the singer ended up singing to Arya (Maisie Williams) as they rode on horseback through a forest.

He sang the lyrics (taken from the George R.R. Martin book A Dance with Dragons):

‘He rode through the streets of the city / Down from his hill on high / O’er the winds and the steps and the cobbles / He rode to a woman’s sigh / For she was his secret treasure / She was his shame and his bliss / And a chain and a keep are nothing / Compared to a woman’s kiss / For hands of gold are always cold / But a woman’s hands are warm.’

Arya told Ed’s character, ‘It’s a pretty song, I’ve never heard it before,’ to which he responded, ‘It’s a new one.’ David Beckham is such a huge fan that he posted a screen shot from the episode with the title, ‘YES ED!’ 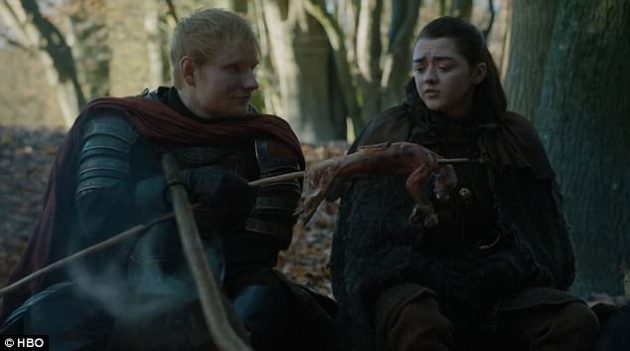