It’s only too easy to make sloppy comparisons between hugely talented and extremely vulnerable female singers–Whitney Houston and Amy Winehouse, anyone? But, how about we put that shit aside for one second, when it comes to Doja Cat, and let’s just admit she’s utter perfection, revel in her gloriousness, and not attempt to pull her apart and destroy her?

Way too many column inches have already been dedicated to Doja’s alleged feuds with Nicki Minaj and Cardi B–because of course, they have, it’s 2020 bitches. Azealia Banks even weighed into the fray at one point, because, yeah, once again, of course, she did, Azealia Banks.

But, let’s just try and put all the noise and nonsense aside for one hot minute, and focus on the wondrousness that was Bebe Rexha and Doja Cat’s performance at the 2020 AMAs.

The Daily Mail–being the hideous entity that it is–described the two singers as “flashing the flesh during a wild performance”…Yeah, yeah, OK Daily Fail, chill your boots, at least you managed to refrain from mentioning either of the singers’ “flashing their curves.” Leave that to that to the peanut gallery instead (ie: your comments section). SNORE. 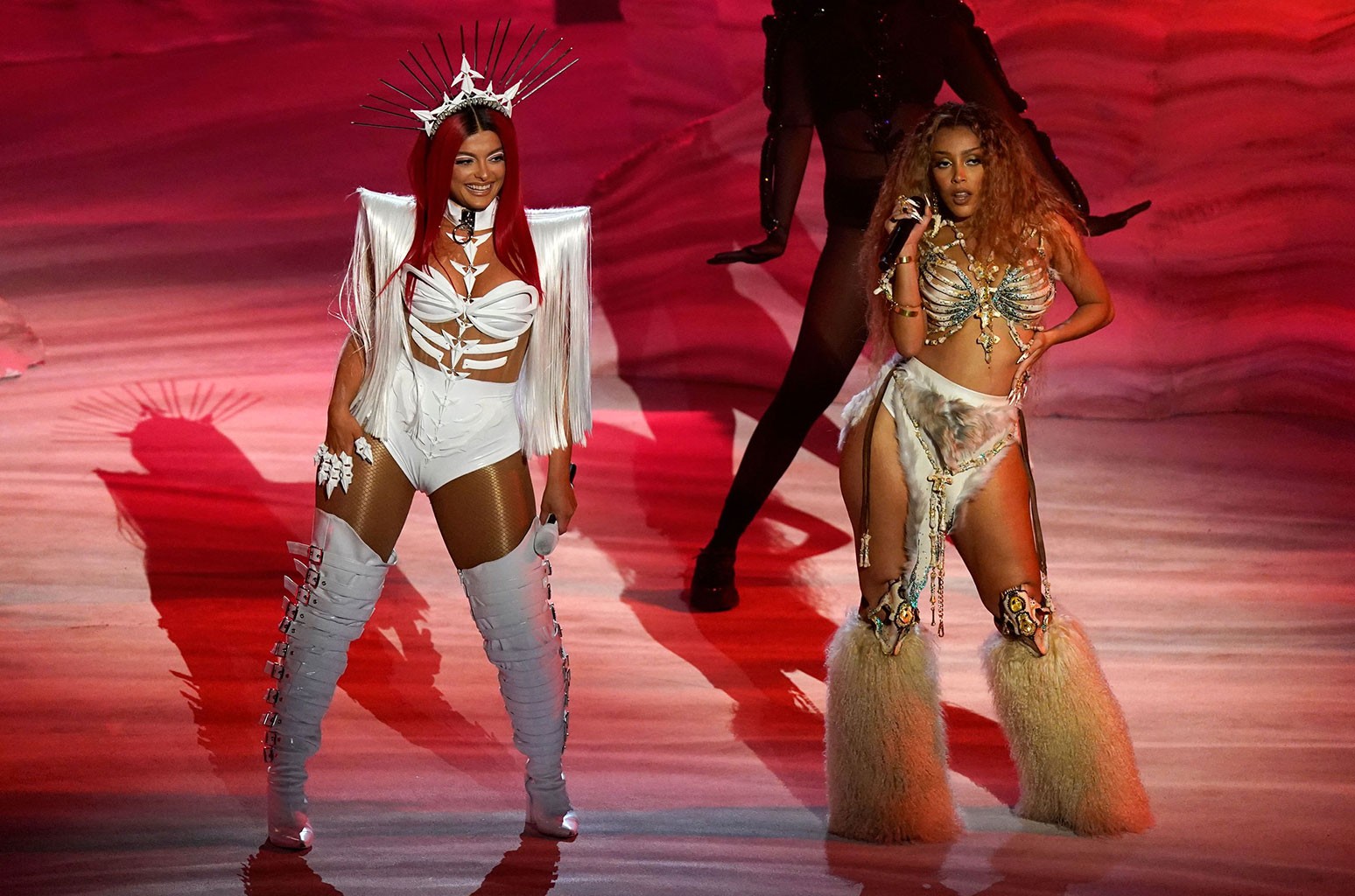 The performance was BOSS, and in my opinion, Doja Cat totally stole the show–well and truly justifying both of the awards she ended up taking home–for Best New Artist & Female Artist R & B. But, it was the aftershow interview that left me feeling sad, haunted, worried, and well, kind of pissed.

Of COURSE, we know music is all about money these days, especially when it comes to somebody with Doja’s outstanding performance capabilities, natural aptitude, and talent, but there was something so very wrong, so almost voyeuristic and tragic about Cat’s post-win interview.

There were the inevitable feud questions (double SNORE) that she handled deftly like a true pro, “I’d recommend some signing lessons, but keep doing what you’re doing, you’re doing well..” oh snap!

But the overwhelming sense of the interview, that I took away, was of was immense sadness and uncomfortableness. 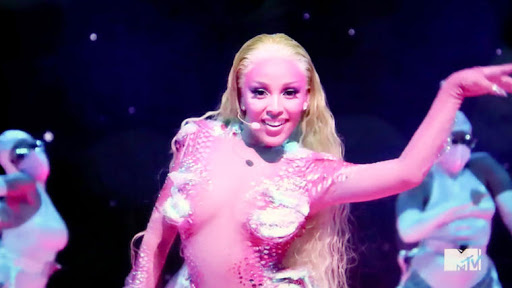 Doja Cat has been open about her past (and presumably ongoing) struggles with body dysmorphia, and throughout the interview, she covered her breasts on several occasions. She presented as awkward, and although she was gracious and appeared to be going through all the motions of a double AMA award-winning artist, it was still, like, heartbreaking.

There’s no denying Doja Cat’s immense talent, and she was at her most authentic while talking about her joy and love of music, discussing how people oftentimes read too much into her lyrics when all she’s doing is simply, purely, and gloriously wallowing in the music she loves so much. 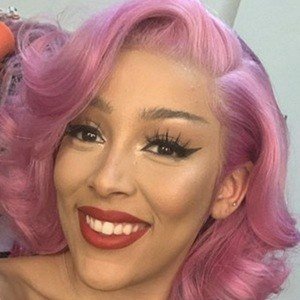 Doja was gracious about her wins, especially as they were so “controversial”, with many believing others deserved them more than her–she was clearly grateful and appreciative, but at the same moment it seemed at times that she was just going through the motions–like she’d already become part of the “machine” and was giving the answers she knew were expected of her.

It was almost robotic, like a musical Stepford Wife.

The most authentic–and adorable interaction, IMO, was when she talked about how her DJ was going to have to get a tattoo on his “booty ooty” if she ever won a Grammy…

Girl, that tattoo is a given, if we just let you be you, stop tearing you down, and, most importantly, if the music industry doesn’t eat you up and spit you out like so many of the other female (and male) singers that came before you.

Let’s just let Doja be Doja, and revel in her gloriousness. Period.