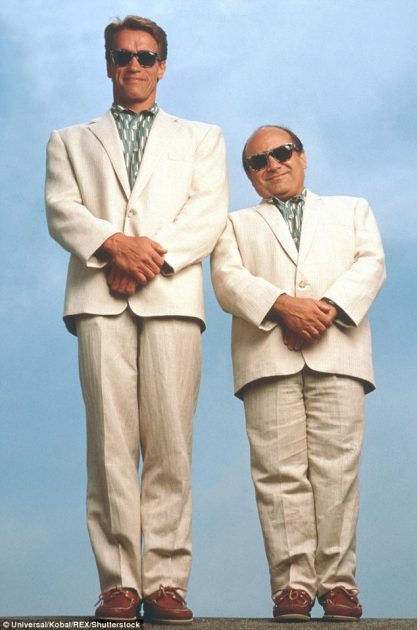 Arnold Schwarzenegger confirmed at SXSW that they’re making a sequel to his comedy ‘Twins,’ this time called ‘Triplets’ and starring Danny DeVito as one of the identical brothers. Why?

Because despite what the critics thought of the film, it made $216 worldwide.

‘Funny thing that happens in the mixing of the sperm,’ explained the 70-year-old Schwarzenegger during a panel at the SXSW festival in Austin, Texas.