Instead of addressing some of the critical problems facing the U.S, right now, say the raging pandemic, the Republicans on the first night of the convention instead went on the attack, painting a bleak picture of a dystopian America if Joe Biden wins the election.

Comparing Biden to the ‘Loch Ness Monster’ (ironic since Washington under Trump is known as ‘the swamp’) Don Trump Jr predicted a country overrun with crime, high taxes, and riots in the streets if Biden wins in November. (Has he looked out the window lately?)

His girlfriend Kimberly Guilfoyle, a former Fox News host, vehemently protested that the ‘Democrat nominee’s ‘comrades who will fundamentally change the nation’ which drew cheers from the few GOP faithful.

Other speakers, such as Florida Rep. Matt Gaetz, framed it as a battle for the soul of the nation saying ‘We must fight to save America now or we may lose her forever. Joe Biden might not even notice.”

Oh, and Nikki Haley said ‘America is not a racist country.’

With no new policies, no platform to run on, the RNC is basically just praising Trump and reverting to the old playbook of using fear tactics to try and turn voters away from his opponent. 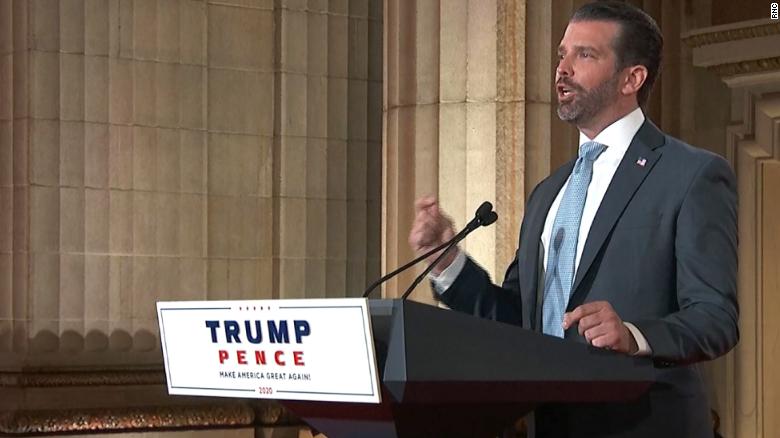