Well, they say anything goes in Vegas: pigeons in the party town have been spotted wearing miniature cowboy hats…and no one knows who their fashion stylist could be. 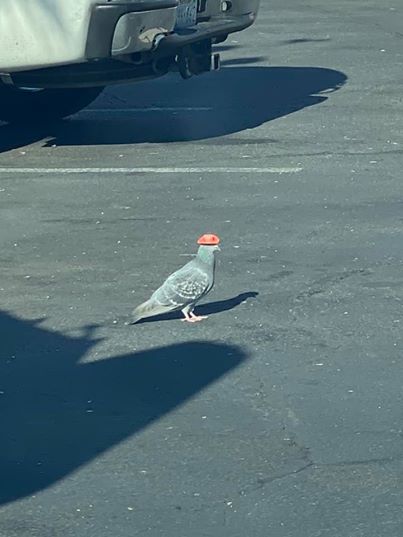 Vegas resident Bobby Lee uploaded a video of two birds wearing the miniature hats — one red and one pink — to Facebook last week. The “birds have hats on, bro,” he exclaims in the clip.

Quickly, a local rescue called, fittingly, Lofty Hopes has sprung into action and already found one of the stylish birds.

“He was shaking his head, trying to get the hat off. It’s definitely glue,” she Mariah Hillman from the rescue. “We either have to molt it off, which will take time, or have it removed.”

Hillman continued, “The only thing that wouldn’t harm them is oil, which then makes him a grease pigeon — like the ones around McDonalds.”