According to a CNN Instant Poll of debate watchers, 53% of voters who watched the debate said that Biden won the matchup, while 39% said that Trump did.

Though Thursday’s final presidential debate was much calmer than the first debate, Biden was seen as offering a better plan for solving the country’s problems (54% Biden to 42% Trump), and Biden was far more apt to be seen as directly answering the moderator’s questions (62% said he did, 31% said Trump). No surprises there. 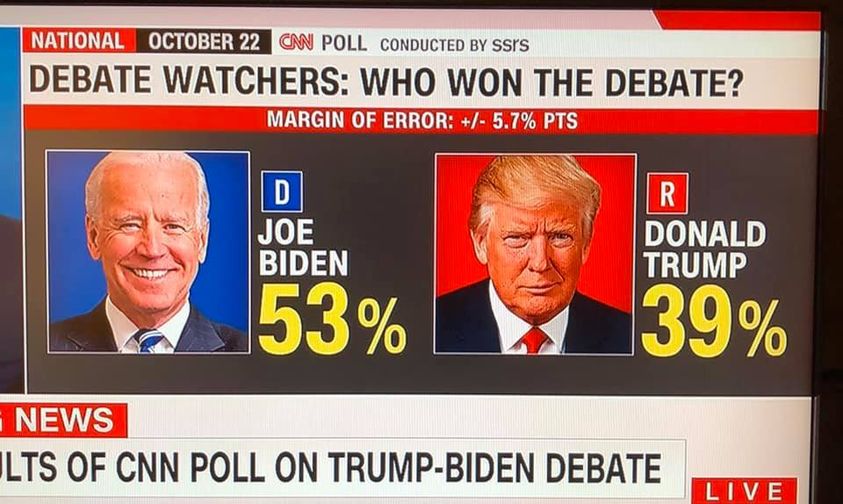 And according to the poll, the debate did little to change voter’s minds.

Favorable views of Biden before the debate stood at 55%, and they held steady at 56% in post-debate interviews. Likewise, Trump’s numbers held steady, with 42% saying they had a favorable view of the President in interviews conducted before Thursday’s debate and 41% saying the same afterward.

Younger voters broadly saw Biden as the winner, 66%, to 27% for Trump among those under age 45.