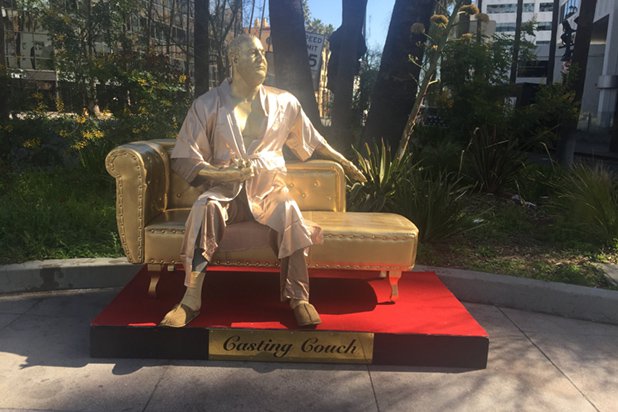 Days before the Oscars, a  gold statue of Harvey Weinstein sitting atop his “casting couch” appeared on Hollywood Boulevard.

Created by street artist ‘Plastic Jesus’ and Joshua “Ginger” Monroe, the artist behind all those naked statues of Donald Trump that popped up during the presidential election, this life-sized statue depicts the despised producer in his bathrobe, holding a teeny tiny Oscar.

Around this time every year, Plastic Jesus makes a ‘statement ‘ about the yearly Awards show, like the year after the overdose death of Philip Seymour Hoffman, when ‘Jesus’s’ art piece was an  Oscar statuette injecting heroin.

“There’s so much about Hollywood that’s great and celebrated in the Oscars, but there’s also this underbelly of darkness within the industry that we often sweep under the carpet or ignore,” the street artist told the Associated Press. 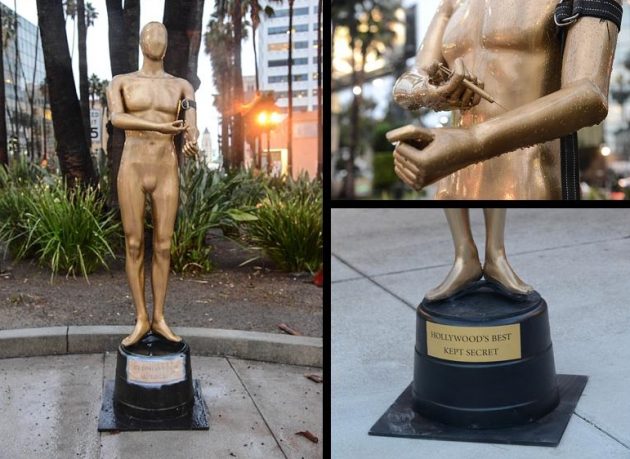