Stars such as Nicole Kidman, Viola Davis, and Dakota Fanning have been posting pics of themselves in designer feminist t-shirts before International Women’s Day.

As part of the campaign, Net-a-Porter has created a line of snappy tees with feminist slogans, with ALL of the proceeds going to the non-profit Women for Women International.

Six designers, including Chloé and Stella McCartney, collaborated with the retailer to create the tops. They’re not cheap (the Thanks Girls designed by Stella McCartney pictured below comes in at $270) but let’s face it, A-listers can afford it. 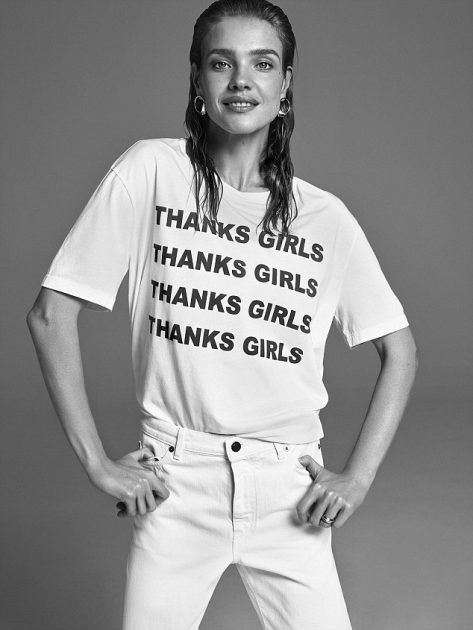