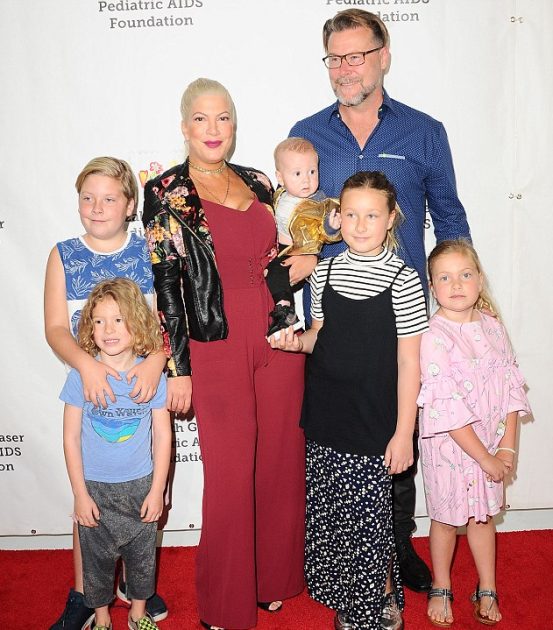 Earlier this week police responded to a ‘domestic problem’ problem at the Spelling home in L.A. While the police aren’t saying, they have stated that it was a ‘female mental illness issue.’ A source close to Tori Spelling revealed that it has been tough for the 44-year-old actress and that, ‘The last year has been really tough on Tori. She has a ton of pressure and stress, with the kids, work and her marriage.’

The family has been through extreme ups and downs, most documented on their reality TV show, so one does wonder if this is another drama for the cameras?