The beauty of living in Los Angeles is that there is an abundance of culturally diverse and eclectic restaurants serving everything from plant-based burgers to wood-smoked meat with much more in between.

But if you really want to try everything the city has to offer, I recommend a visit to the LA Food Bowl: Night Market. 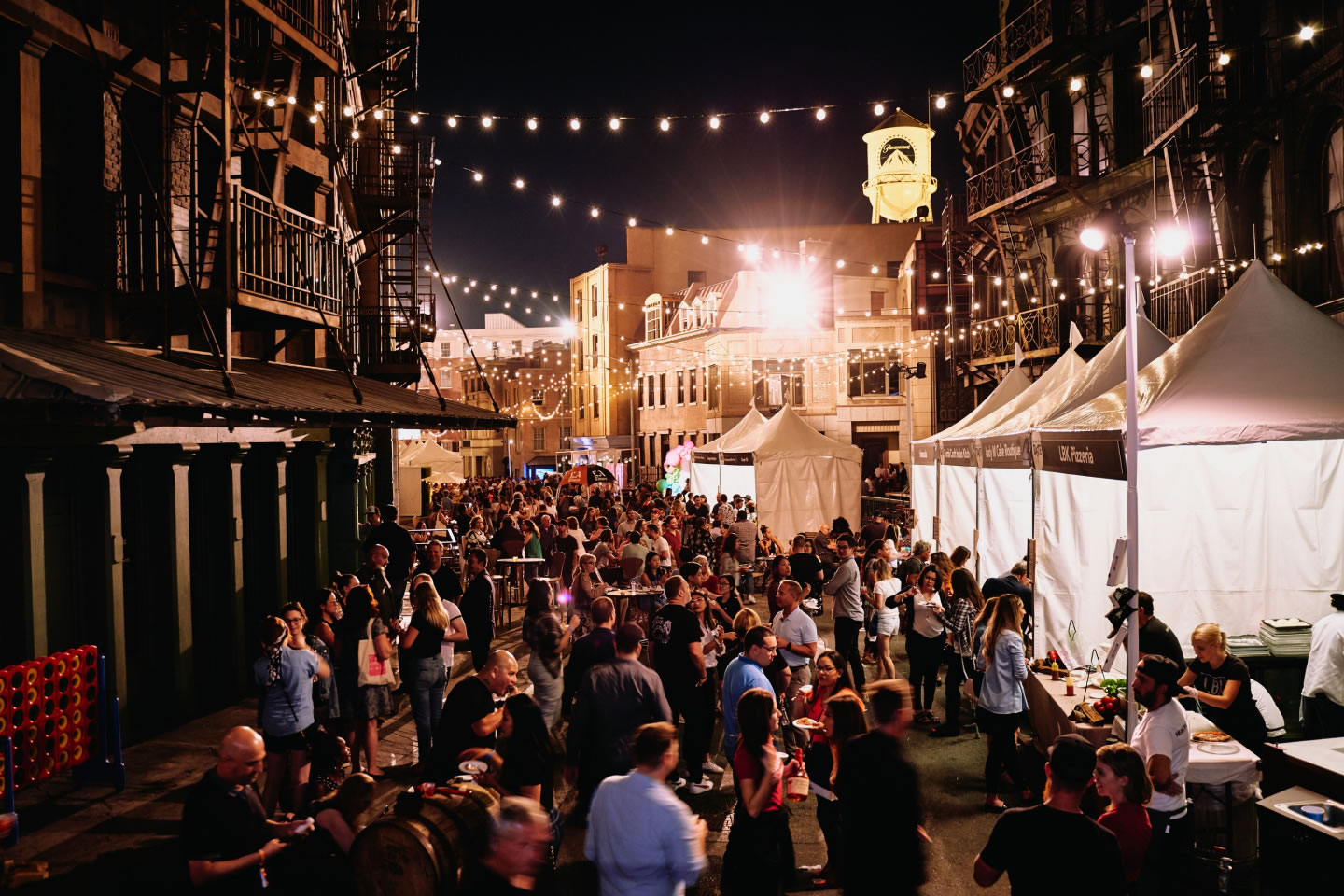 This tasting feast lasted for three days and I attended the opening night ‘smoked soiree’ the biggest baddest BBQ ever. And, yes, dear reader, I gained that extra pound just for you.

We arrived early, but it got crowded fast. We quickly met the infamous Roy Choi of Kogi BBQ fame, who was handing out his signature tacos. (Choi is a foodie fan favorite and is known for his Mexican/Korean cuisine.)

This food extravaganza was held on the backlot of Paramount Pictures, an old New York street with faux brownstones and pretend shop windows. The streets were decorated with twinkling lights and each restaurant had a tent stocked with their specialties. 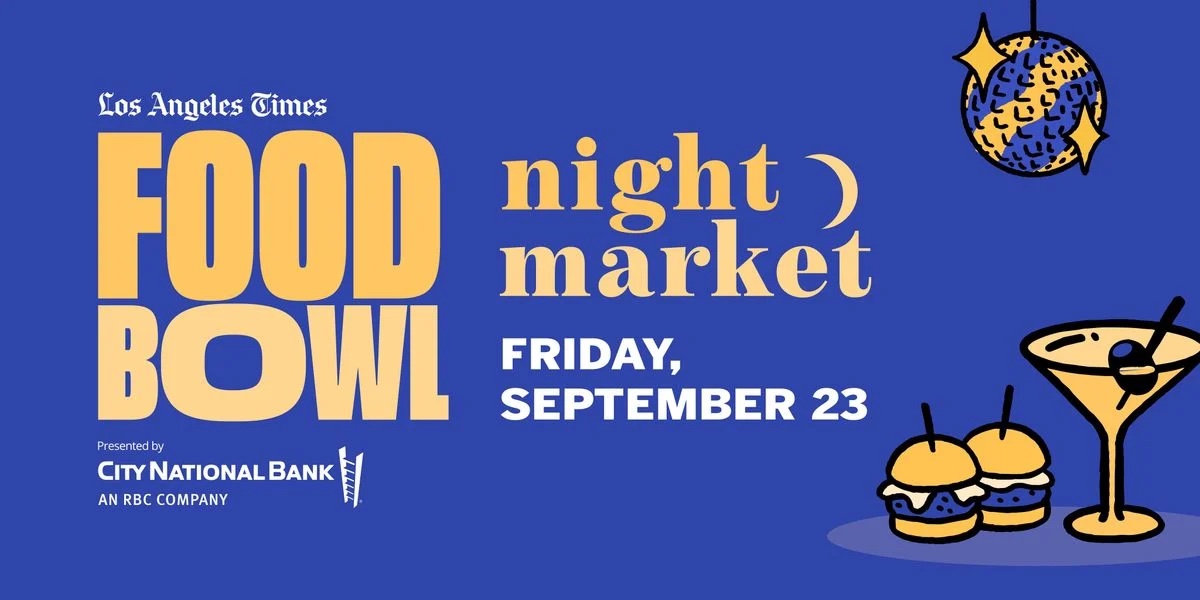 A DJ played everything from Lizzo to jazz and in the center of it all were food demos by some of the best BBQ kings and queens in the city. Kevin Bludso, Courtney Storer and Alicia Lopez shared the stage with Eric Greenspan and Rebecca King. However, it wasn’t only about food, there were lots of adult beverages. Beer, wine, tequila and cocktails were all handed out generously. My favorite: a smoking Old Fashioned, and yes, it was really smoking! It was a magic potion stirred up by Nightbloom Vodka. 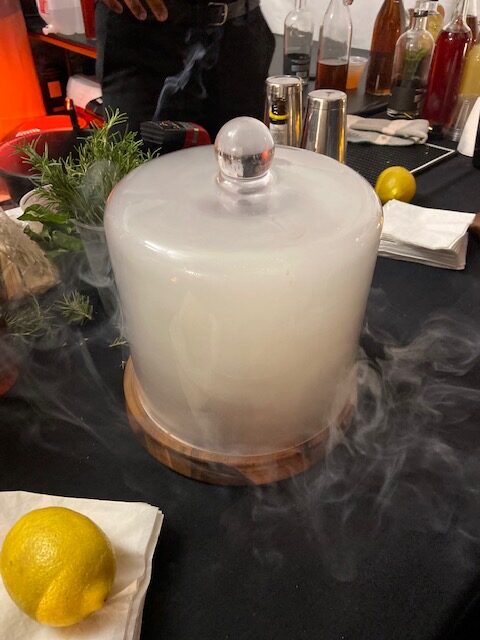 I also found an amazing Cabernet called Quill from the Napa Valley. But let’s get back to the food….

I really enjoyed my dumplings from Lunasia, pork and shrimp shrouded in dough and simply yummy. The short rib burgers from Heavy Handed were delicious and Irv’s Burgers were terrific. A standout on this night of ‘meat’ was The Bad Jew X—a nice Jewish girl who cooks pork like a Hawaiian. 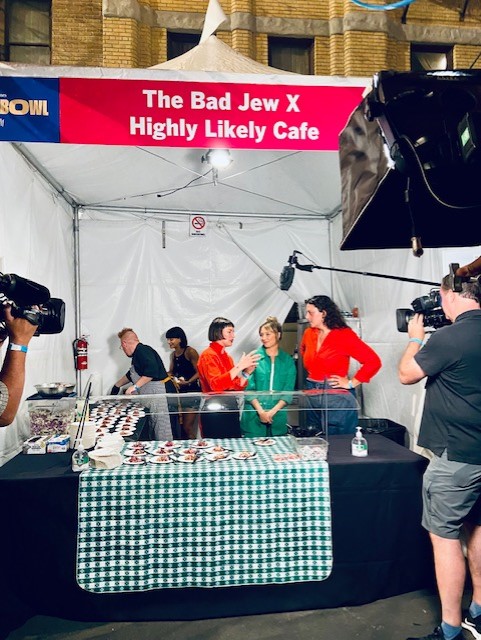 Although it was a night of BBQ, there were unique dishes like the plant- based Tuna Tostada from Jewel which included watermelon, avocado, tamari and sesame—I swear it tasted like sushi not watermelon. There were also bite-sized bits of steak that were delicious from STK Steakhouse, meatballs from Little Doms, Lasagna from Angelini (OMG) and lots of pork. One tent had an entire piggy laid out ready to be dismantled. 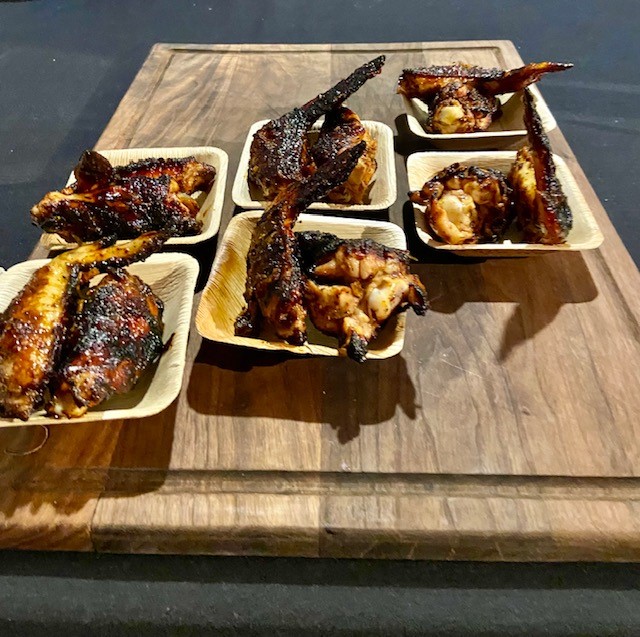 Even though everything is portioned out in bite-sized chunks, the amount of food was staggering. By 9:30 pm, two and half hours after we landed, the place was packed, and everyone looked dizzy from food and drink or maybe that’s just how I felt…. needless to say, this was a fun LA happening that comes around once a year. 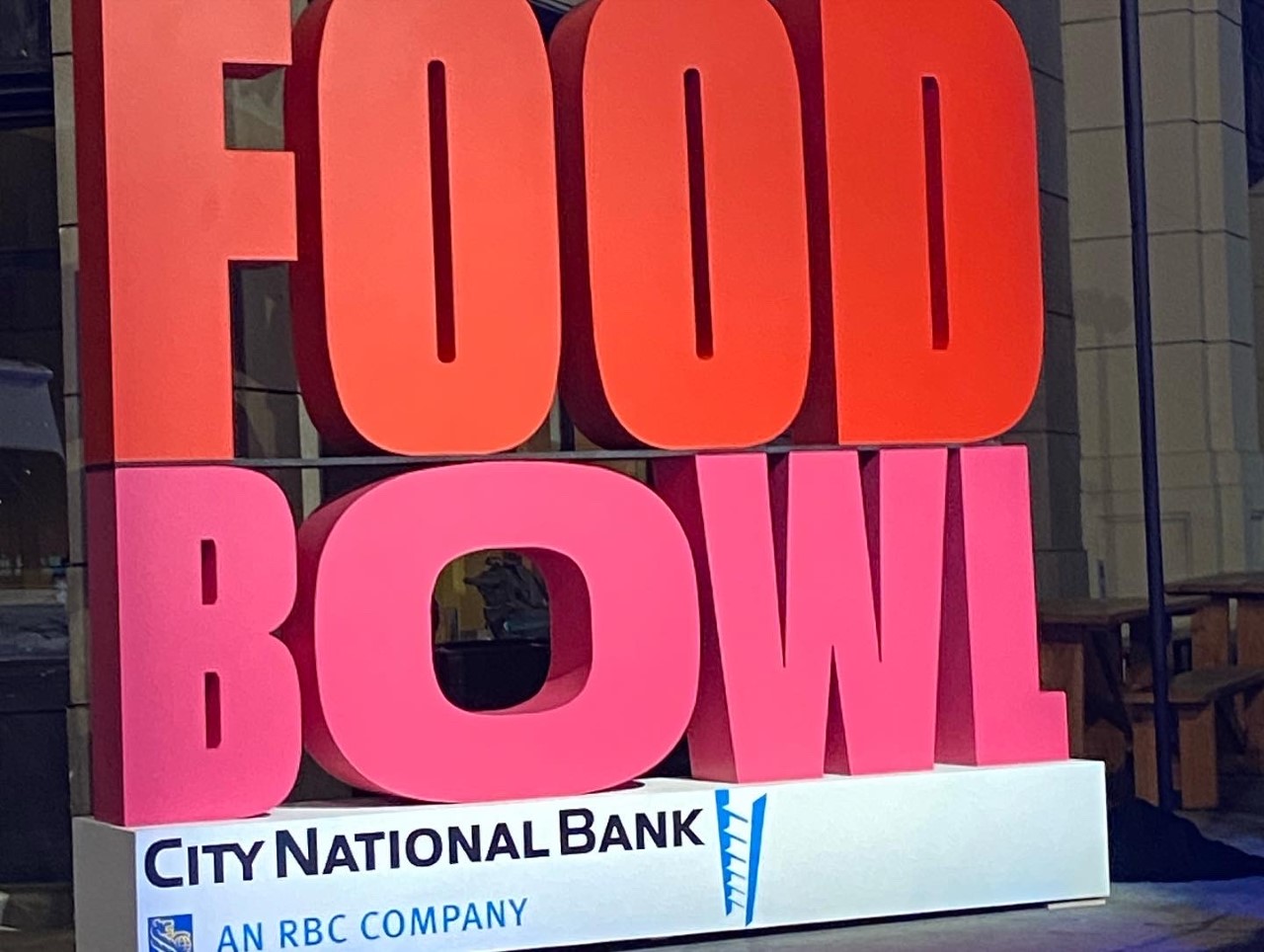 Tickets are not cheap—but it’s an opportunity to sample several new (to you) restaurants in the city of angels. Note to guests: wear your stretchy pants.