Conspiracy theories and all-around creep Alex Jones has just been found liable for defamation and is on the hook to pay damages to parents of children killed at Sandy Hook. 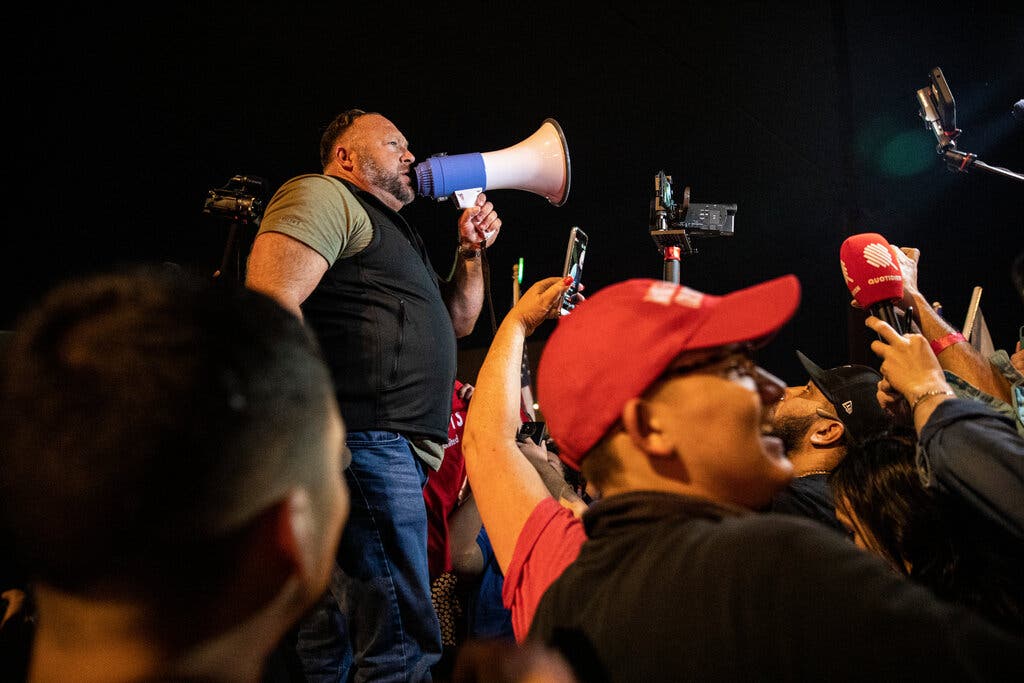 For years, the MAGA radio host spread bogus theories that the shooting that killed 20 first-graders and six educators was part of a ‘government-led plot to confiscate Americans’ firearms and that the victims’ families were “actors” in the scheme’.

Fortunately, Facebook and YouTube banned him for ‘hate speech’ but he used his radio show and rallies to spread his claims. His clueless followers hassled the children’s families, even at events honoring their lost babies, forcing many parents to move and keep their addresses confidential.

“I would love to go see my son’s grave and I don’t get to do that,” said Mom Veronique De La Rosa after the cases were filed in 2018. Each time the family moved, conspiracists published their new home address “with the speed of light,” she said.

Besides the tremendous emotional pain Jones caused, the families maintain that he profited from his lies, peddling tacky merchandise, for one thing.

In 2019,  after already losing a couple of defamation cases, Jones recanted his Sandy Hook comments, acknowledging that the shooting occurred and blaming his false statements on “a form of psychosis.”

Juries in Connecticut and Texas will now decide how much Mr. Jones should pay the families in damages, in addition to court costs.