These days getting insulted by Trump is a medal of honor.

After the President withdrew U.S. troops from Syria, General James Mattis criticized the move, so Trump struck back by calling him “the world’s most overrated general.” He also referred to the decorated war hero as ‘third rate,’ an insult he also lobbed at Meryl Streep after she criticized him at the Golden Globes.

At a swanky event last night, Mattis jokingly responded, saying ‘So I guess I’m the Meryl Streep of generals.’ He continued to make fun of his old boss during his speech, earning rounds of laughter from the crowd. 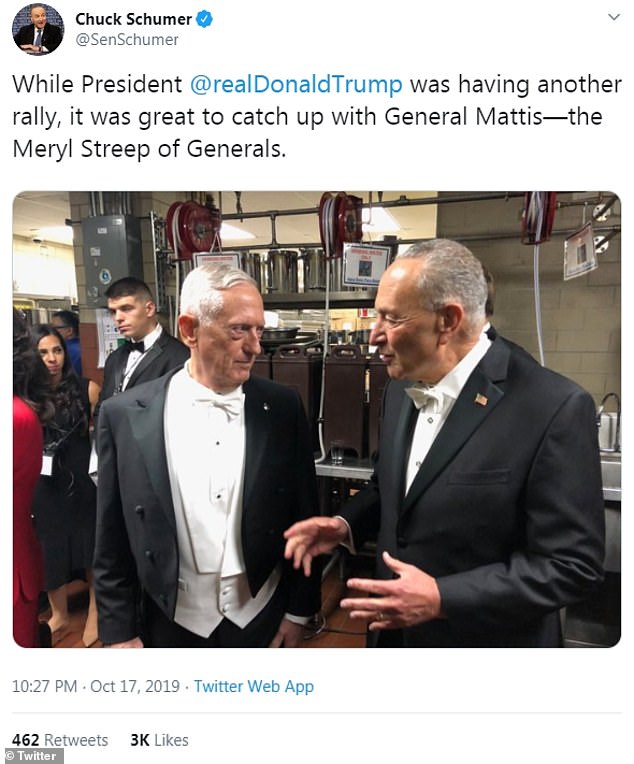 ‘I earned my spurs on the battlefield; Donald Trump earned his spurs from the doctor,’ he said to roars of approval.

‘As many of you know, Donald Trump nicknamed me ‘Mad Dog’, but these days I’ve turned over a kinder, gentler leaf,’ he said.

‘I like to think of myself as less of a mad dog and more of an emotional support animal. That’s really great because now the airlines let me fly for free.’ Insert laugh track here.