Jane Fonda was arrested again today at the climate change rally in Washington, giving a thumbs-up as she was handcuffed with zip ties. At 81, the Grace and Frankie star has vowed to protest every Friday.

Yes, that is her handsome co-star Sam Waterson with her, who was also handcuffed. 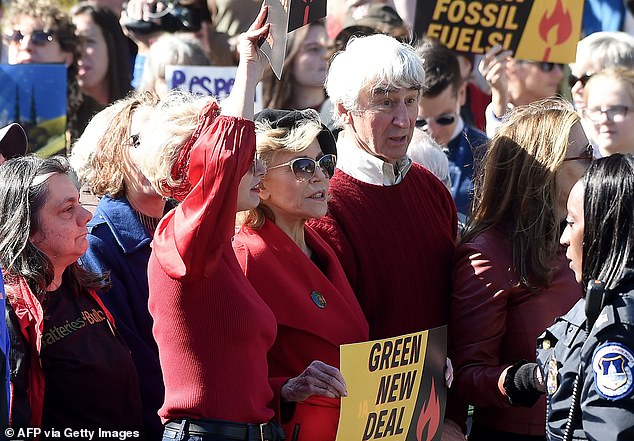 The icon stated: ”Make no mistake. Change is coming whether we like it or not, by disaster or by design.’

When Waterson was questioned by a reporter if it was the right move to get arrested to highlight the issue, Waterston responded: ‘I have to do something. I don’t know. You got a better idea?.’