The crashing waves, golden red sunsets, smells wafting from the aromatic, bustling spice market, the haunting call to prayer — there are truly few places as exotic and mysterious as Zanzibar. 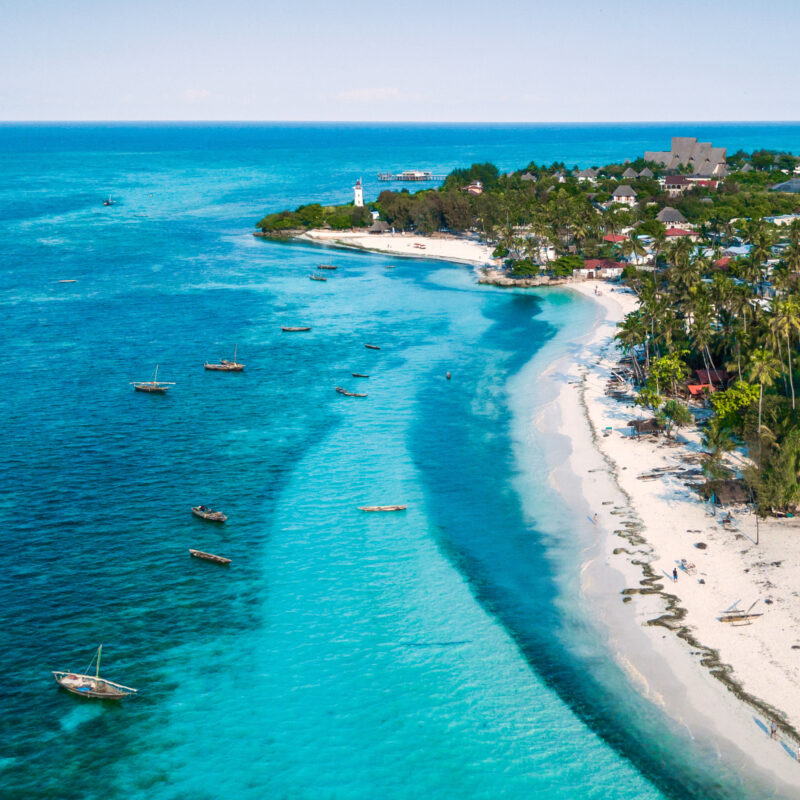 The island, called Unguja in Swahili, is located in the Indian Ocean about 22-miles off of east-central Africa. Zanzibar is only 950 m² (in comparison, Los Angeles is 1,215,000,000), but what it lacks in size, it makes up in beauty. There are stunning palm-lined beaches, crystal clear turquoise ocean, lush green countryside, tiny little traditional villages, ancient eerie ruins, and ancient giant tortoises — like, ancient humungous tortoises. 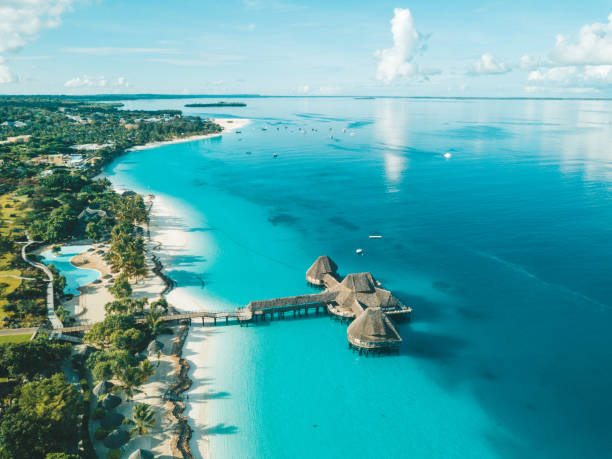 During 2013-2014 Tanzania was plagued by a spate of terrorism as the Islamic extremist group Al-Shabab began expanding its presence from Somalia across the eastern states of Africa. Zanzibar, and the Tanzanian mainland, have struggled with a terror hotspot reputation ever since.

However, according to a United States Institute of Peace special report, Tanzania has cracked down hard on terrorism and violent extremism. A recent TGI ranking from 2020 lists the country at number 58 in the world’s countries with “the highest impact of terrorism” — placing it below Germany (48), Russia (39), France (38), UK (30), USA (29), and even, wait for it…..Canada (56). Wait, what? Canada?!

So, yeah, go figure. If you want to avoid the likelihood of terrorism, give the good old USA and Canada a swerve and head to Zanzibar instead. (Post COVID-natch). When you do, be sure to check out our essential guide to Zanzibar—Tanzania’s exotic Spice Island.

Stone Town is the central city of Zanzibar, and it’s a bustling little town packed full of twisting cobblestone-paved maze-like streets to get gloriously lost in.

Zanzibar was owned by several different colonizing countries throughout its 20,000-year history, before gaining independence in 1964 — and the influence of its past rulers is evident in the unique and fascinating mix of colonial, Arabic, and African styles and culture. There’s an ancient fort and amphitheater and unique old crumbling colonial architecture, so it’s little surprise that Stone Town is a designated UNESCO World Heritage site.

The city also has a dark history. It was a slave-trading hub. Thousands of Africans were brought there to be sold and shipped to the Middle East, Americas and Caribbean. In addition, hundreds of slaves were kept on the island to work at the many plantations. You can visit the old slave market; it was one of the world’s last slave trading points until its closure in 1873. 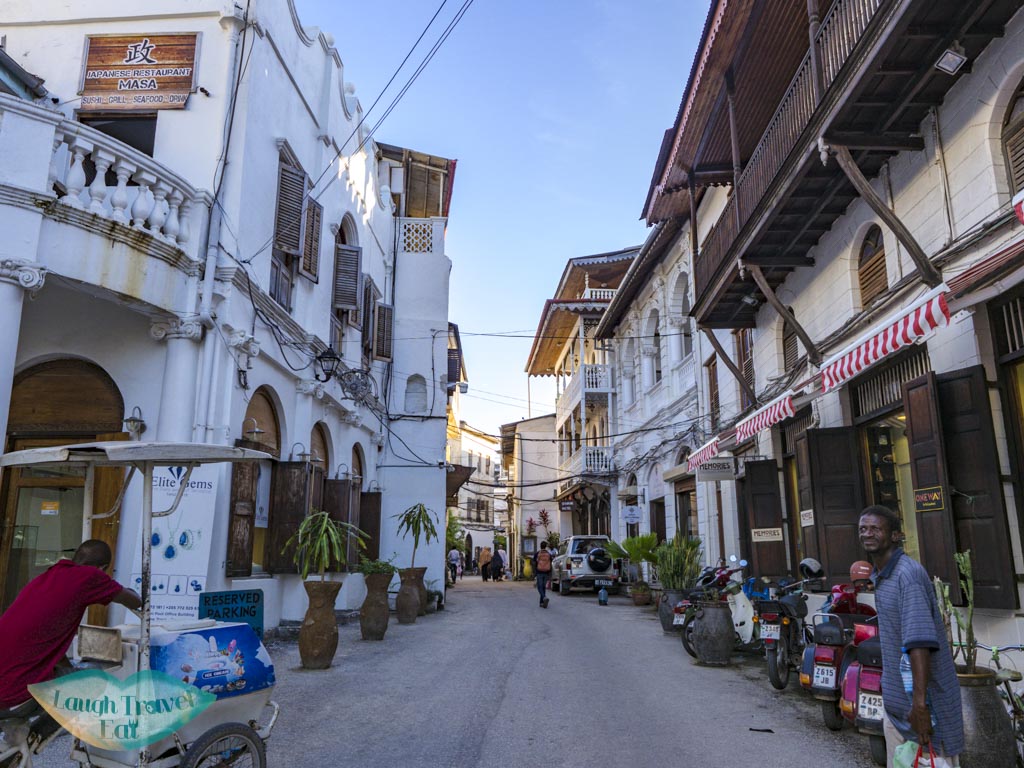 Located on the site is the Slave Museum, where you can tour the underground, dark, dank chambers lined with tiny cells. Slaves were imprisoned there before being sold, and it’s a chilling reminder of the past (and, sadly, still present-day) atrocities of human trafficking. 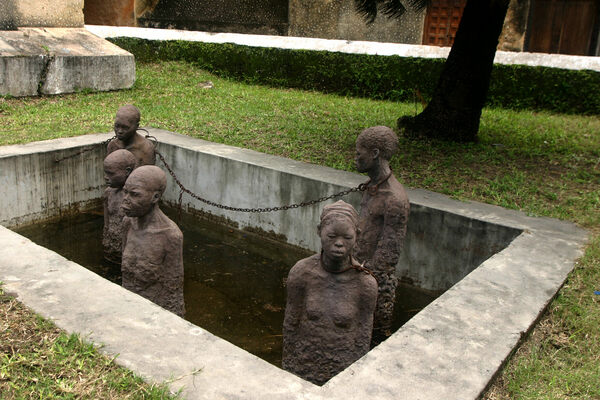 Stone Town also boasts a wealth of shopping opps—from the fabulous and chaotic Darajani Bazaar (AKA the Spice Market) to a multitude of fascinating and unique little boutiques, stores, and streetside stalls. 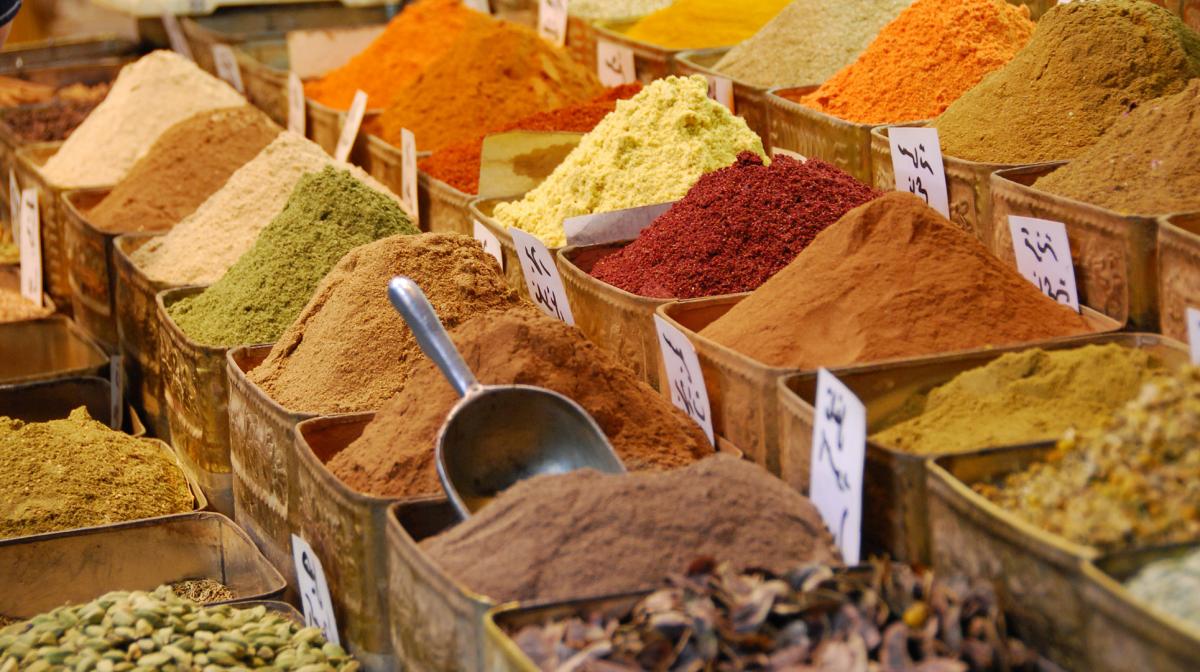 Once you’ve worn out the shoe leather, head to one of the many rooftop bars that are dotted all over Stone Town. Aim for one close to the Spice Market and time it just before sunset to ensure maximum ambiance and awe.

Pay your respects to Freddie

Freddie Mercury was born in Zanzibar and spent a chunk of his childhood living in a little Arabic-style house located on Kenyatta Road in the heart of Stone Town. The legendary Queen frontman went back and forth between school in India and holidays with his parents in Zanzibar before finally fleeing to England in 1964 to escape the bloody revolution that resulted in Tanzania’s independence. 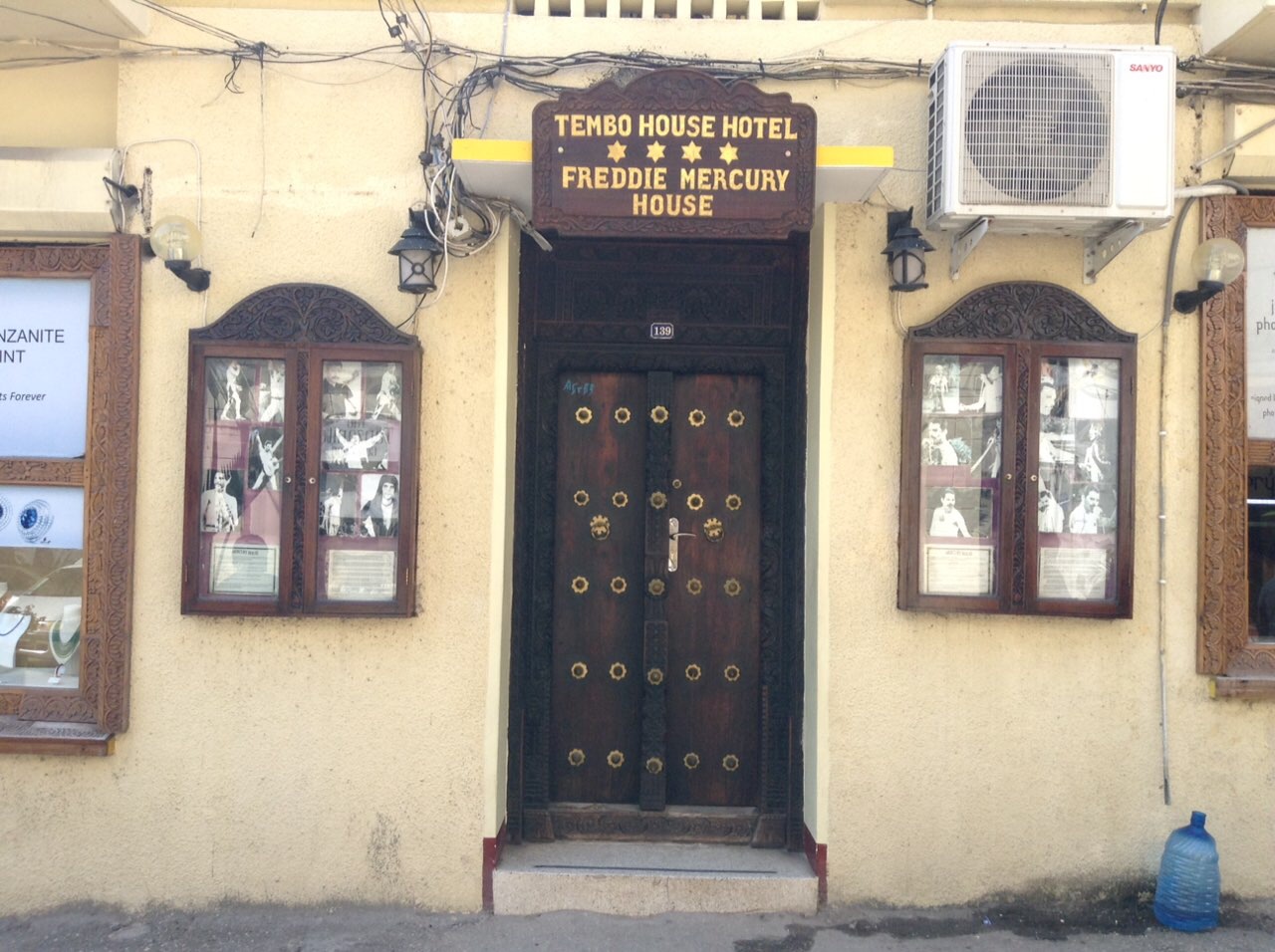 A trip to The Mercury House is a must-do for any music fan or just anybody seeking a quick and cool insta-pic.

Hang with the giant tortoises

The beauty of Changuu Island, also known as Prison Island, belies its dark past. The island, a 25-minute (amazing) boat ride from Stone Town, used to be uninhibited. However, it was sold to the British First General of Zanzibar in 1893 to build a prison for rebellious slaves. Ultimately, however, it was never used as a penitentiary. Instead, it became a hospital and quarantine station for people suffering from yellow fever. The island is now a government-owned tourist resort. 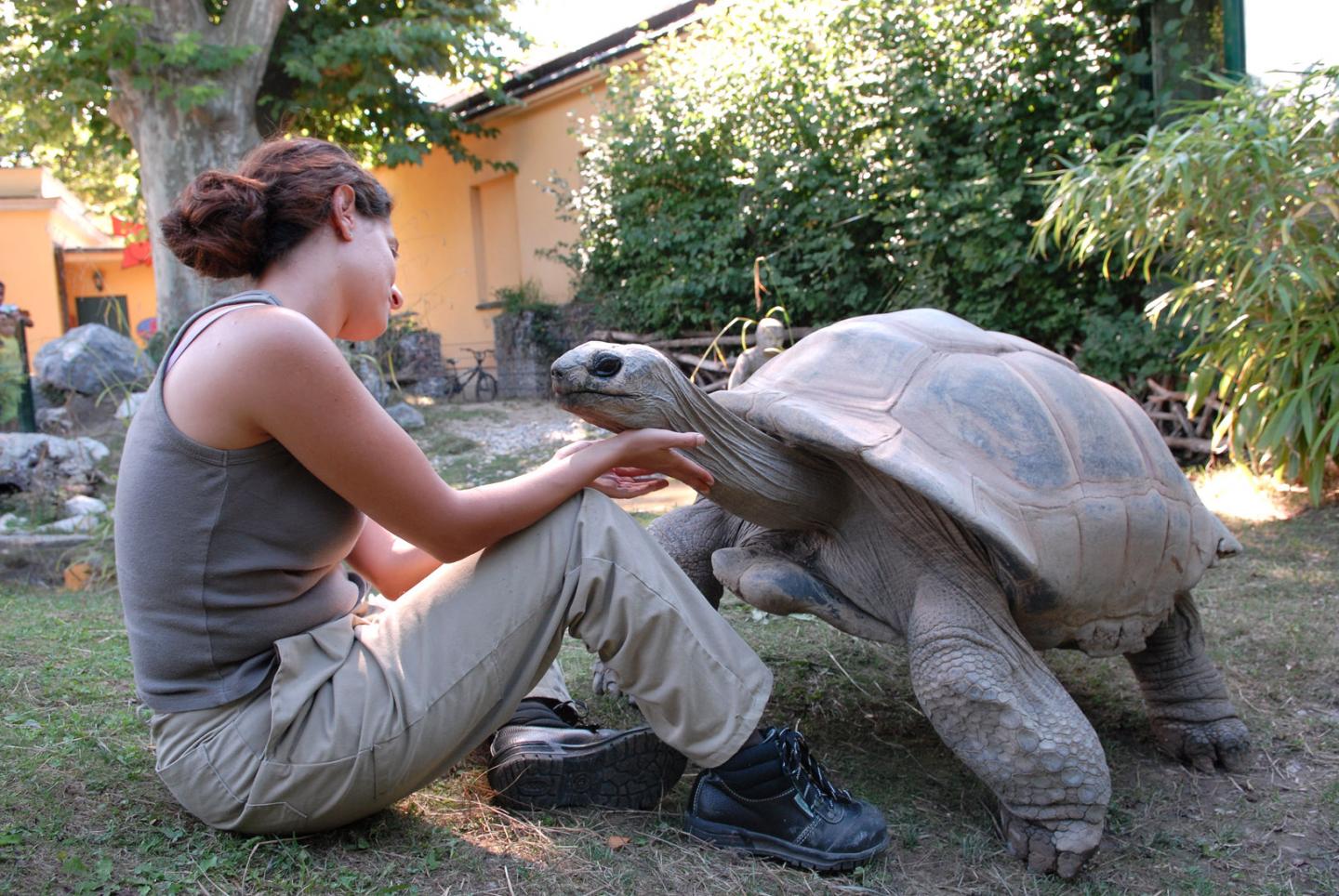 In 1919 the British governor of the Seychelles gifted Tanzania four Aldabra giant tortoises. The Tanzanian government sent them to live on Changuu. The island is one of the few places left where the now-endangered species can be found, and the population has risen to over 100. Some of the tortoises are believed to be over 200-years old. They’re around 48 inches in length and weigh an astounding 550 pounds.

It would be an understatement to say it’s a unique and fantastic experience to hang out with humungous ancient tortoises on a gorgeous and magical tropical African island. But, if that isn’t enough in itself, you can also go snorkeling in the crystal clear turquoise ocean and explore the crumbling old ruins of the abandoned “prison” building. 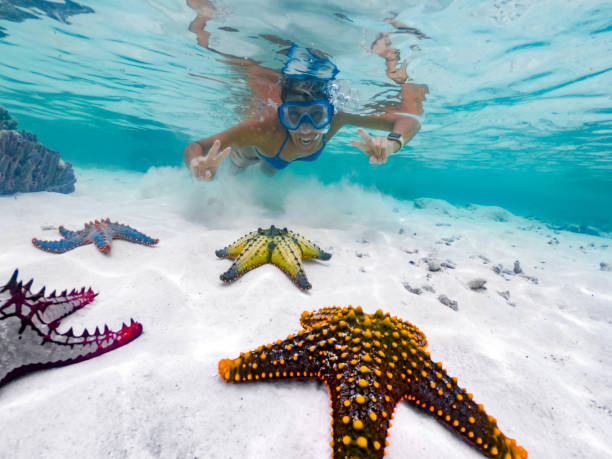 You can jump on a boat daily to Changuu from the beach at Stone Town or book one of the many guided tours on offer.

If you’re in the mood to be at one with nature and indulge in some monkey spotting at the same time, then Jozani Chwaka National Park is the place for you. Jozani is Zanzibar’s most significant indigenous forest, and it takes around 45 minutes to walk the main nature trail that runs through it. 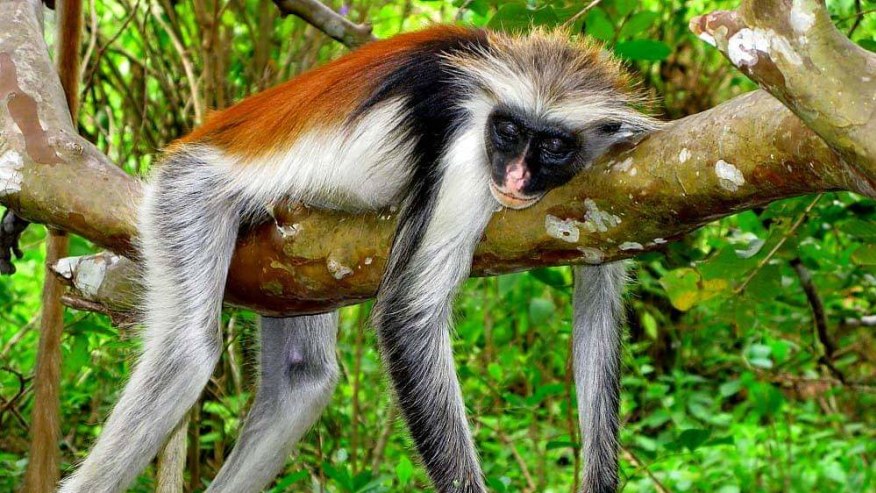 The swamp-like forest is home to the endangered Zanzibar red colobus monkey and other primates, over 40 different species of birds, duikers, and tiny little bushbabies. You’ll see the monkeys all over as you walk through to the forest — but don’t get too close! Park wardens recommend keeping a distance of 3 meters for both your safety and the monkeys. Because, as much as you don’t want to suffer a monkey bite, they certainly don’t want to catch any of your nasty human diseases.

Not surprisingly, given it’s an island, Zanzibar is home to a wealth of beaches. Despite its small size, it boasts beaches to suit just about every tourist taste.

If you want to get your chillax on, then go east. The eastern coast is more tranquil and less crowded than the others. Paje, Matemwe, and Pingqwe are the best of the beaches on offer. They’re also home to the island’s most luxurious high star resorts and perfect for snorkeling and diving. 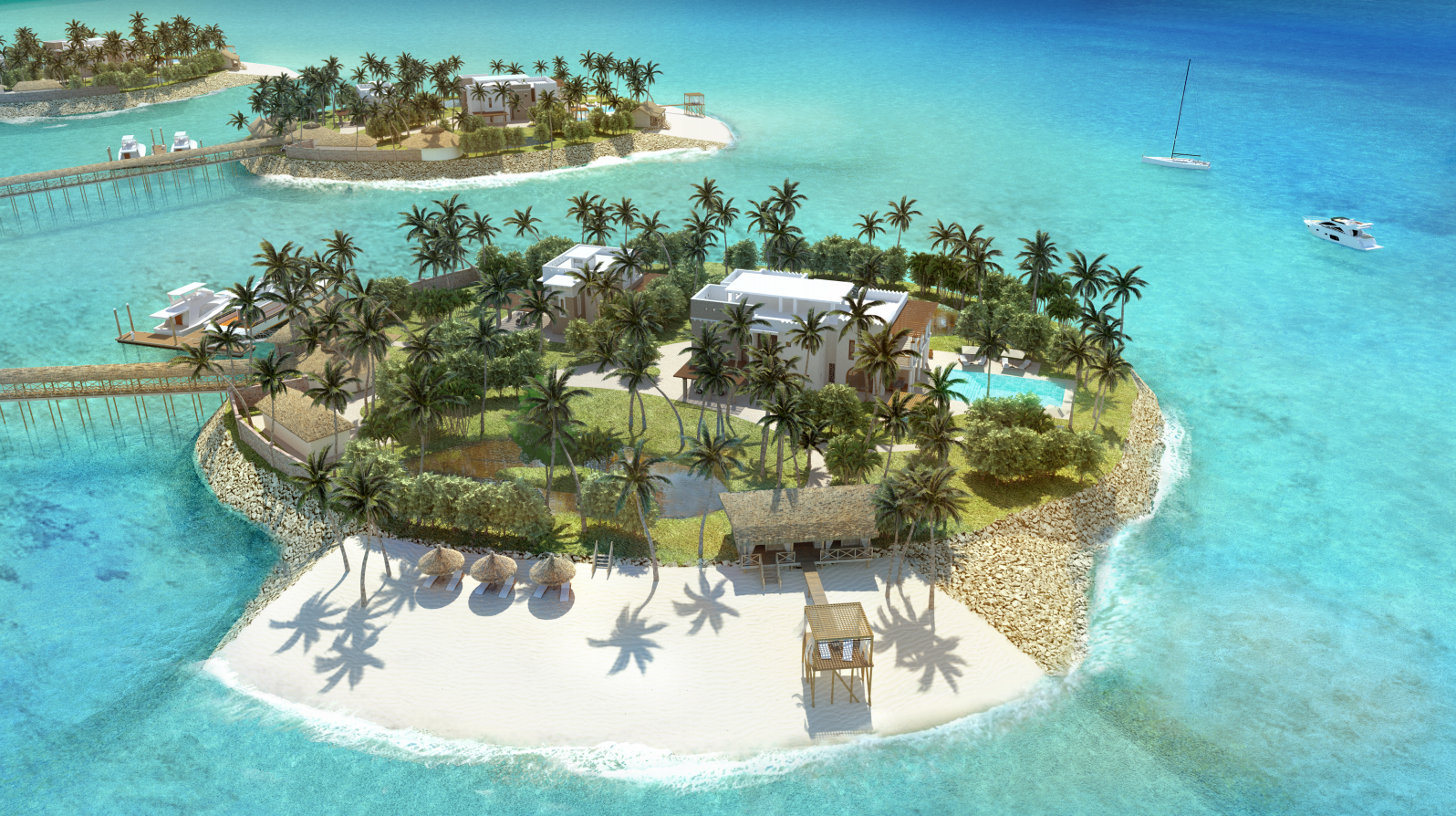 If you’re longing for some beach and bustling bar scene, then head north. Kendwa and Nungi are the most popular (and, inevitably, crowded) beaches in the area, and there’s a plethora of bars, restaurants, and cafes to chose from. 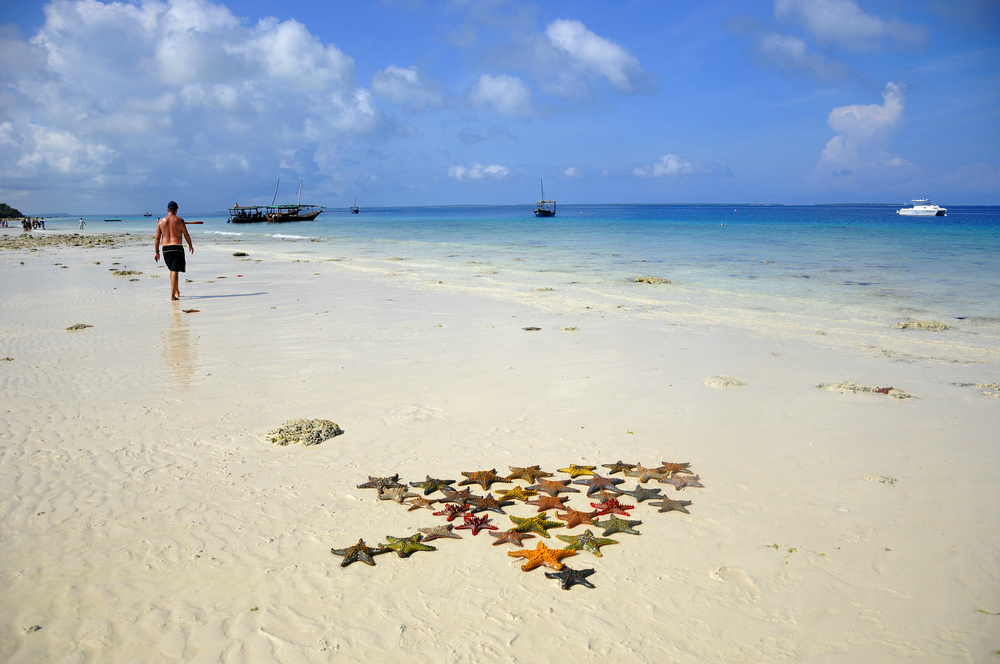 If you’re seeking the epitome of paradise, though, skip the others and go straight to Nakupenda. It’s a 20-minute boat ride from Stone Town, but, hey, who cares?