A Brazilian condom ad is burning up the internet, purportedly a commercial, showing world leaders struggling in a condom, with the tagline ‘Some People Should Never Have Been Born.’ 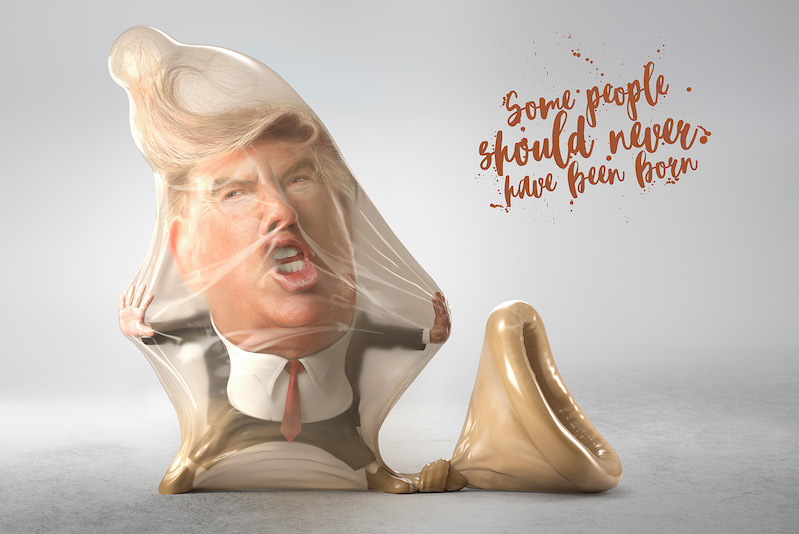 The creative ad is the brainchild of some bored Platinum FMD executives who created it to spoof a few chosen world leaders but it never actually became an ad used anywhere.

It took off when the Facebook  ‘We Resist’ page plastered it on their site.

Still, we would love to have seen this on TV and in print. 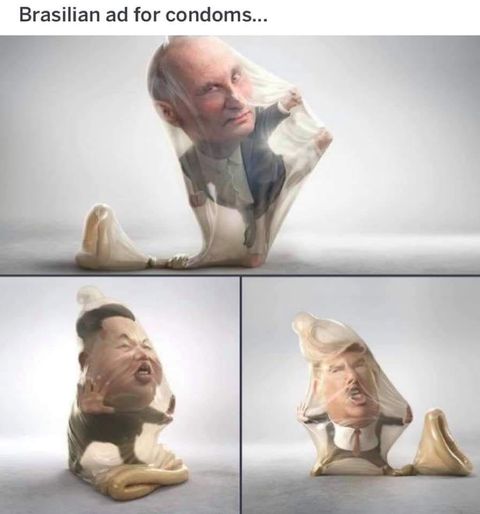