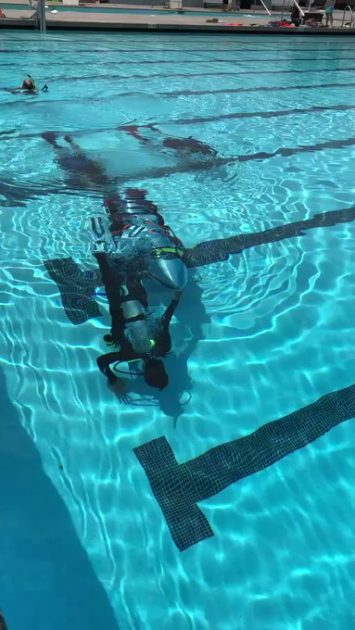 On Sunday, Musk posted a short video and images of the kid-sized sub.

Elon Musk to the rescue? Space X and Boring Company’s CEO Musk says his team is working on a “tiny, kid-size submarine” constructed out of parts from a Falcon 9 rocket to bring out the trapped Thai cave boys.

In tweets, Musk said that the mini-sub is  “fitted for a kid or small adult to minimize open air,” with compartments to add weights to account for buoyancy. He also noted that the pod has handles on the front and rear, as well as tank connectors to attach up to four tanks.

In more tweets, Musk revealed that they tested it this weekend in a pool and that it could be ready in eight hours to fly to Thailand.

Meanwhile, the Thai rescue team — made up of divers from around the world — has already commenced with the rescue, bringing out 8 of the trapped Thai boys. 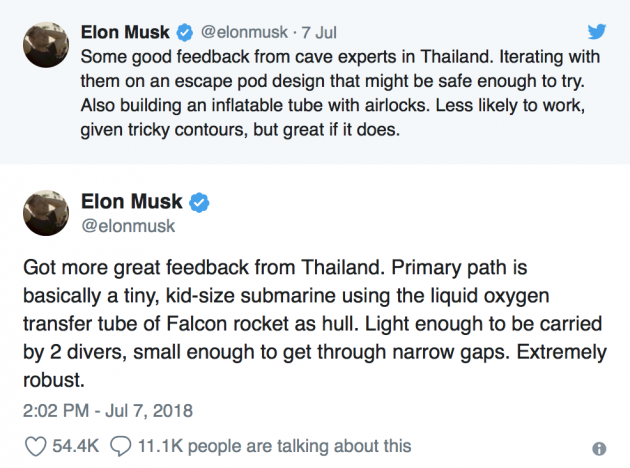