On Trevor Noah’s popular socially-distanced The Daily Show Dr. Fauci told the host that he believes the ‘divisive state’ of America has caused problems with dealing with the deadly virus.

“One of the things that I think gets in the way is that we are in such a divisive state in society that it tends to get politicized,” Fauci told Noah this week. “It’s almost one side versus the other.”

While Trump continues to downplay the virus and spend all his energies on getting re-elected, Fauci has pushed a scientific, fact-based approach. 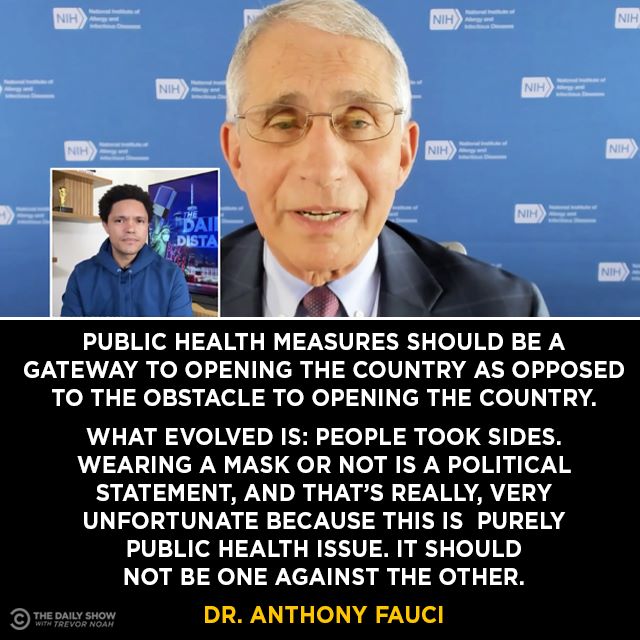 “From a research and public health standpoint, I try my best,” Fauci told Noah in Monday’s interview. “I think I’m successful in giving a consistent message as often as I can get the message out —something that is just based on the scientific data, based on evidence, which is something that is really very important.”

Listen to the doctor.