Prosecutors announced they charged two Texas men, Lucas Denney and Donald Hazard, with allegedly assaulting police officers during the January 6 riot at the US Capitol. The two had formed their own militia group called the “Patriot Boys of North Texas,” and had tried to recruit others to join them on the assault on the Capitol. 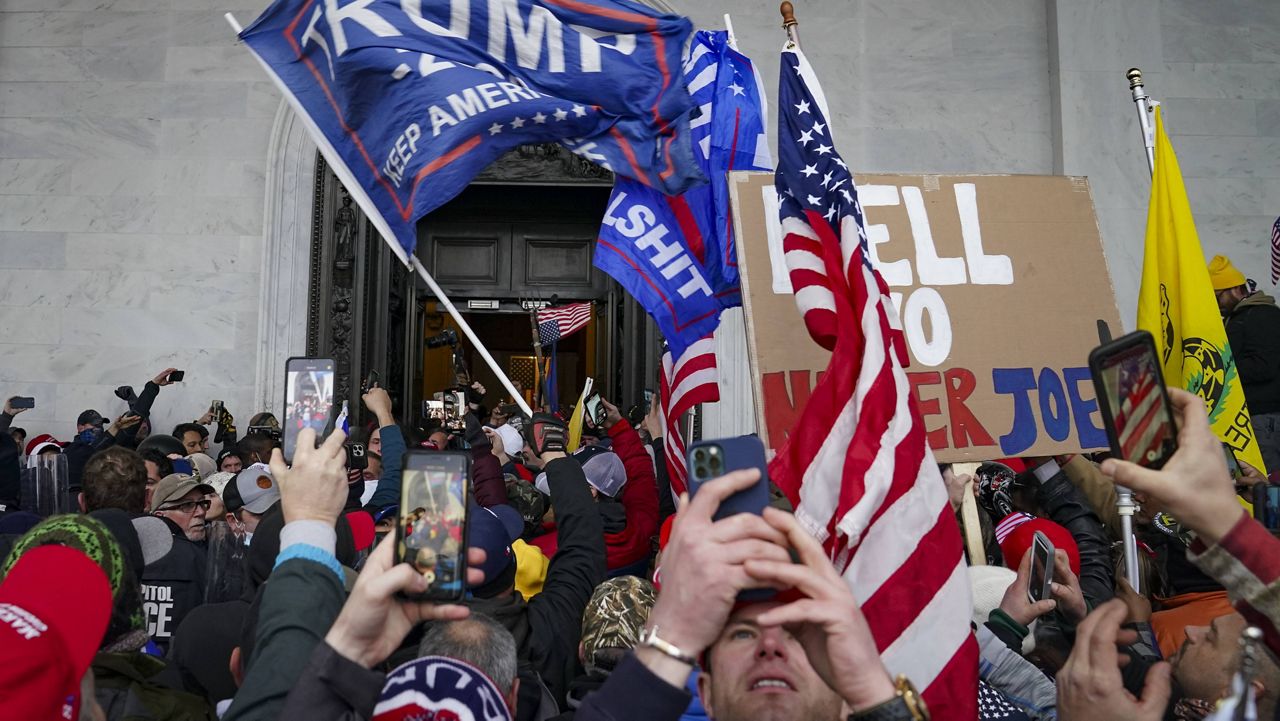 It was easy to find them since they had boasted on social media (no one said any of them were smart.)

“I had to fight several cops,” wrote Hazard. “I charged the cops and got in a fight with a lot of them. I got beat up and beat with they’re clubs and maced.
“We took over the capital and had Democrat politicians hiding like the cowards they are. If I died here today it would be an honor as well!!!!”

Hazard was found on video dressed in a tactical vest and a helmet with the Confederate flag printed on the side…and fighting with police officers “as he fell down a set of stairs” and one officer who fell with Hazard “was knocked unconscious and sustained injuries to his head, foot, and arm,” according to the Department of Justice.
“Make sure you get my face and everything on your news channel,” Hazard told the Washington Post at one point at the Capitol.  “I want the enemy to know exactly who is coming after them.”