After Valentino’s restaurant closed early this year, natives wondered where there next great Italian meal would come from. It was a sad day in L.A.’s history.

But we’re here to tell that there’s a restaurant in the downtown art’s district that rivals the cooking at Valentino’s —  BRERA Ristorante —  a grand restaurant in a converted warehouse with soaring skylights, distressed wood touches and the enticing smell of burning woods (almond wood, as we found out later.) Specializing in  Northern Italian cooking, the dishes are as spectacular -and sometimes even better — than the venerable Valentinos. (And don’t worry about parking–it has its’ own staffed lot.) 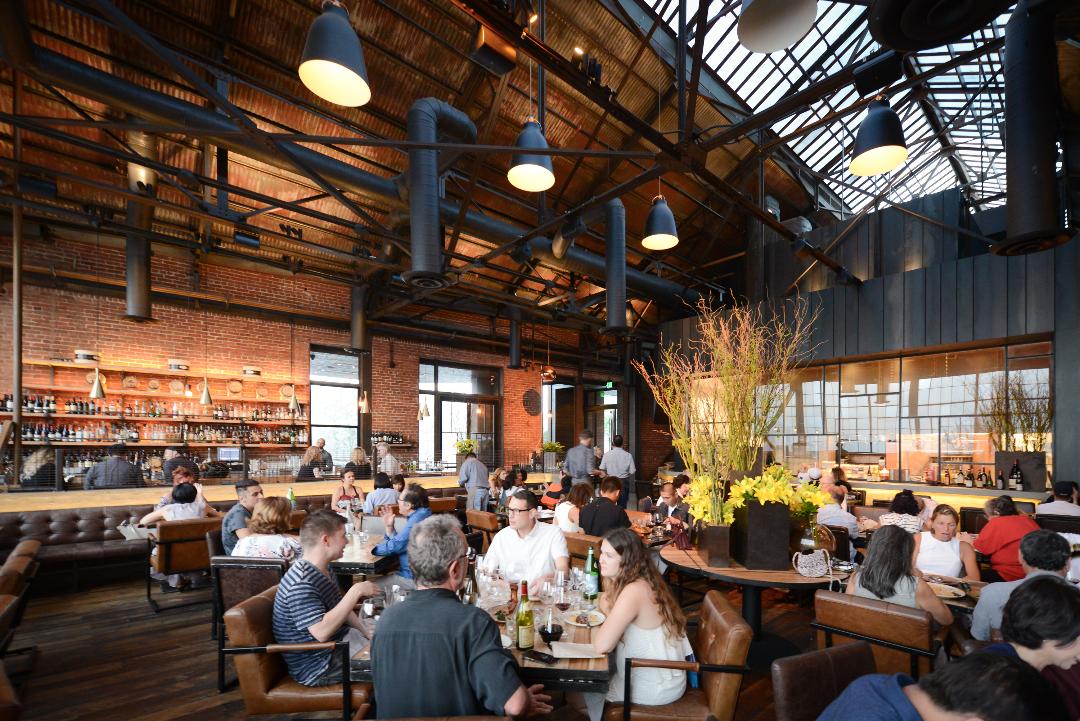 While you’re enjoying the view of the place, a waitress has placed a drink menu in front of you and the busboy quietly drops off fresh-made bread with delicious olive oil. Befitting a grand restaurant, the service is impeccable and our waitress, Cicely, directs us to the best dishes on the menu.

Starting with the gem of a Caesar salad, the Cesare Grigliata has a mouth-watering smokey flavor and a flavorful, very fresh dressing. ($16.)  We split one and quickly polished it off. 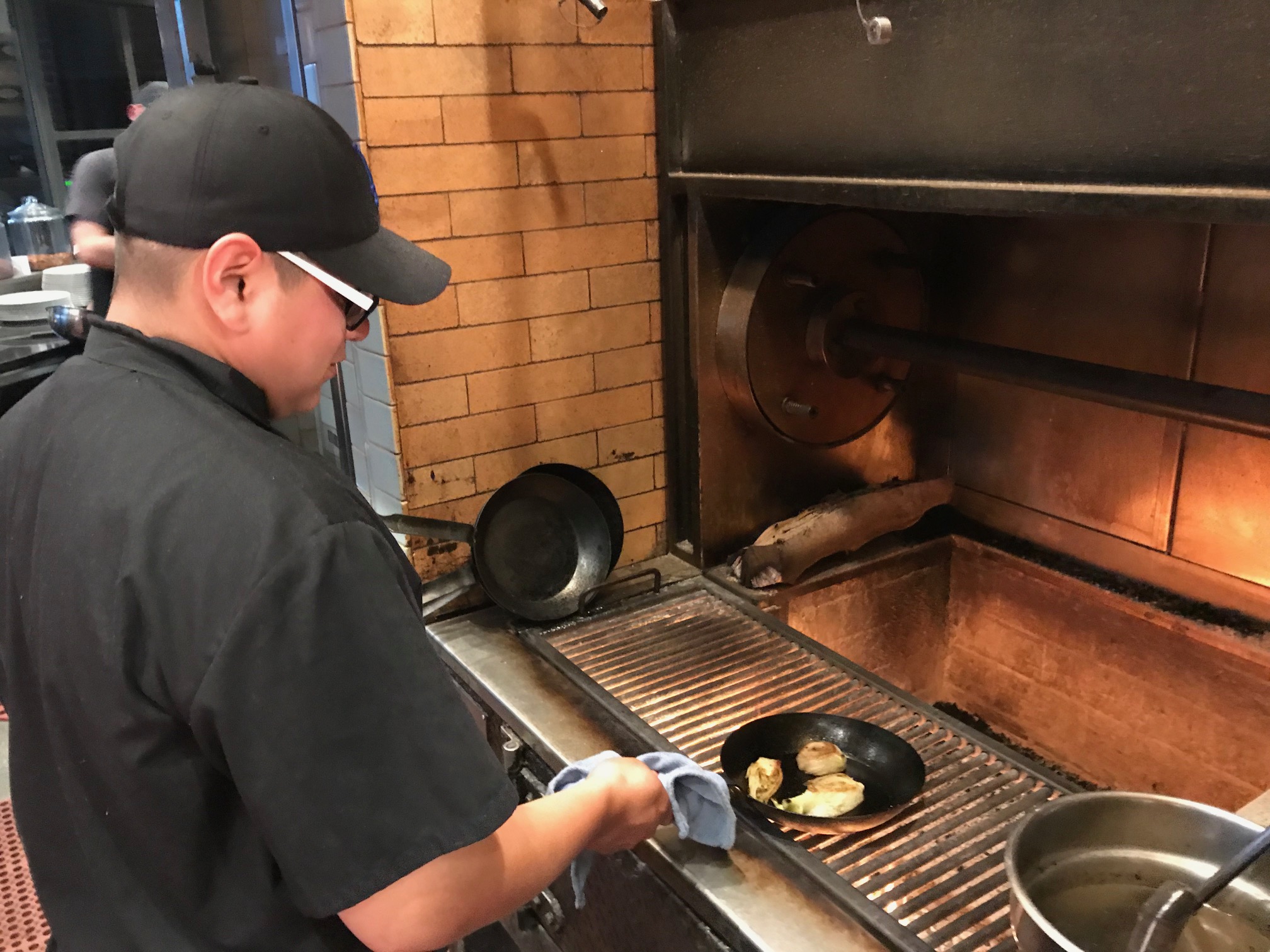 One of the wood fires.

Following Cicely’s direction, we ordered the ROSA di MANZO,  a 14 oz prime top sirloin steak with a peppercorn sauce. ($39.) It would have been a sin not to try something seared on their huge wood ovens, right? The steak was everything a great steak should be — a perfectly aged, carefully grilled taste of delicious. You’ll also be tempted by the 16oz pork chops which are served standing straight up, like some prehistoric dish. A neighboring table confirmed they were delicious. 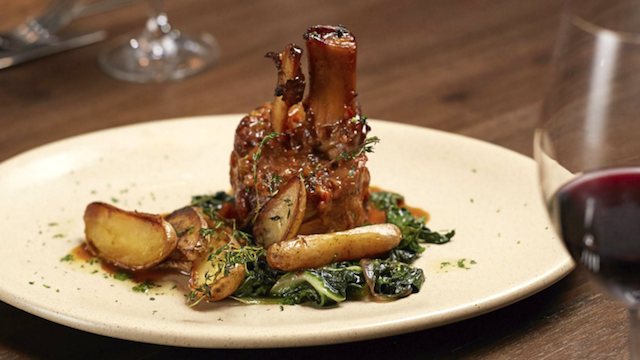 While risotto is a risky choice at most restaurants —  after all, it has to be made on the spot and requires constant attention from the chef — Cicely convinced us we had to try the MILANESE risotto with saffron and bone marrow.($26.)  “Little pillows of heaven’ is how our tablemate described them. Don’t miss them. 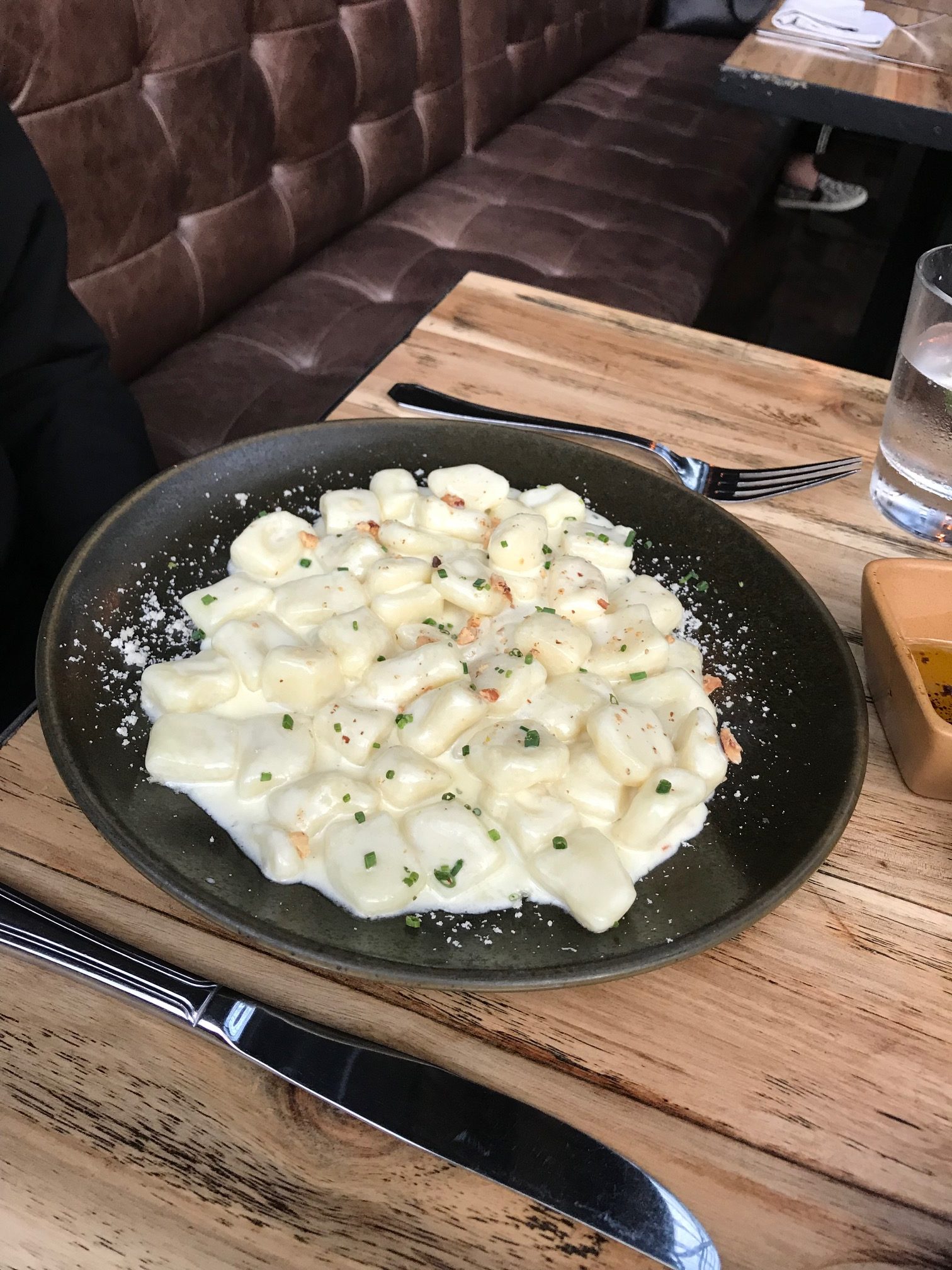 You’re wondering what we had to drink. I had a lovely, light barbera d’asti Pinot ($14.) For advice, ask Francine who compiled the wine collection, which is heavy with Italian wines, naturally, many from the Piemonte region. Speaking of Francine, at the end of the meal we asked her to choose us a Grappa (the list is extensive) which we learned to love after spending some time in Rome. She came back with a delicate crystal glass full of the clear fiery liquid which took us right back to the Spanish Steps. 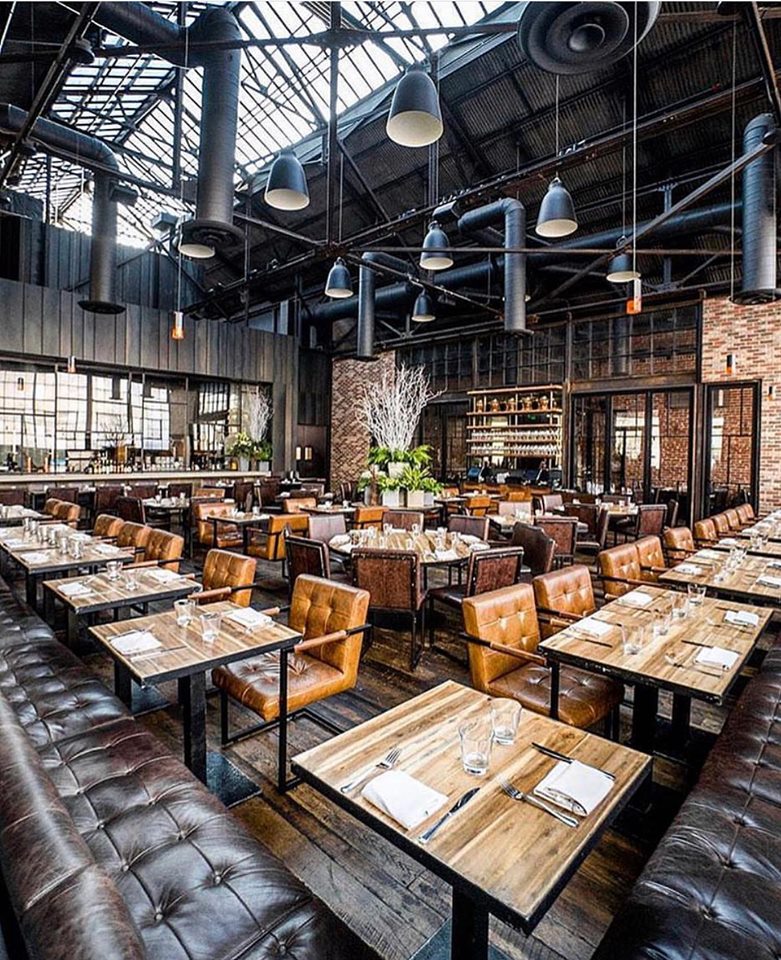 Though full, we gamely ordered dessert — the capretto e mirtillo )baked goat cheesecake, with blueberry sauce, feuillitine crunch, candied lemon)  and the soffice di cioccolato (dark chocolate mousse, cocoa bisquit, red wine reduction ) which is the only time the kitchen stumbled. The cheesecake was dry and the chocolate mousse didn’t have much taste. Stick with the Italian coffees, which are as good as any you’ll have in Italy.

Once again, L.A. has a fine Italian restaurant, Brera Ristorante, for a special occasion or simply a treat.