Citing ‘unprecedented irregularities’, a new a judge has been examining the handling of the Jussie Smollett case, especially the decision to drop all 16 felony charges against the actor.

The Empire star claimed he was the victim of a racist and homophobic attack on January 29, but later evidence showed the attack was staged by the actor. 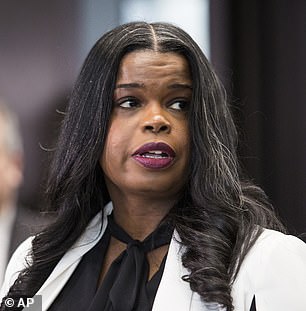 Foxx, who maintains she did nothing wrong, ‘recused’ herself from the case in February but instead of completely stepping back, she gave it to her immediate assistant and then coached him on what to do.

In a statement, she hit out against the decision on Friday afternoon.

‘I respectfully disagree with the court’s conclusion that, in the absence of any conflict, the appointment of a special prosecutor is required.

‘As always, I remain committed to transparency, justice, and the public safety of the communities we serve,’ she said.

With a special prosecutor, there’s a good chance that Smollett could serve jail time for his crime.