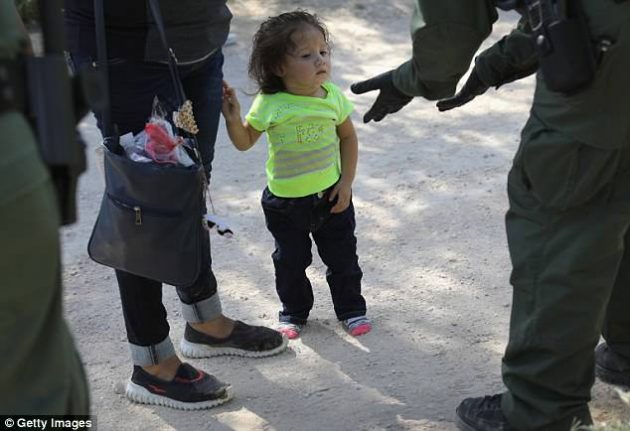 In a just-released tape,  a border patrol agent can be heard on the tape laughing over the plaintive wails of babies crying for their Moms, saying ‘We have an orchestra here. What’s missing is a conductor!’

The inhumane separations of families continue on the border as Congress diethers and political figures and celebrities call for changes to Trump’s cruel immigration policy.

The attorney Jennifer Harbury who released the heart-breaking audio of immigrants aged four to 12 wailing as they were being separated from their families at a detention center has slammed the policy for ‘traumatizing and abusing’ already vulnerable children:

‘I’m astounded that America of all places, my father having arrived at Ellis Island also frightened out of his wits at age 11, would stoop to traumatizing and abusing children of refugees,’ she told CBS. 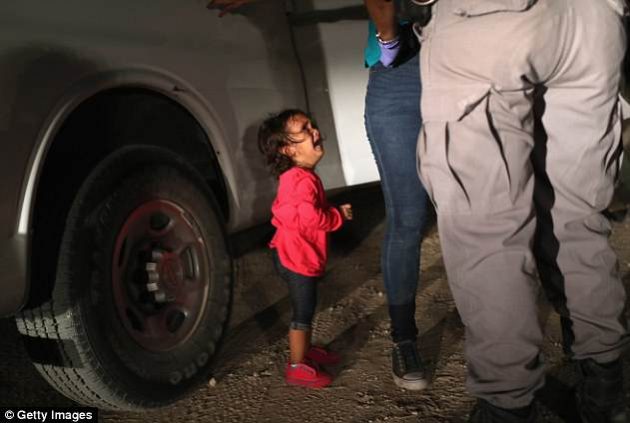 In a now famous photo, photographer John Moore captured this two-year-old Honduran asylum seeker crying while being taken into custody by federal authorities.