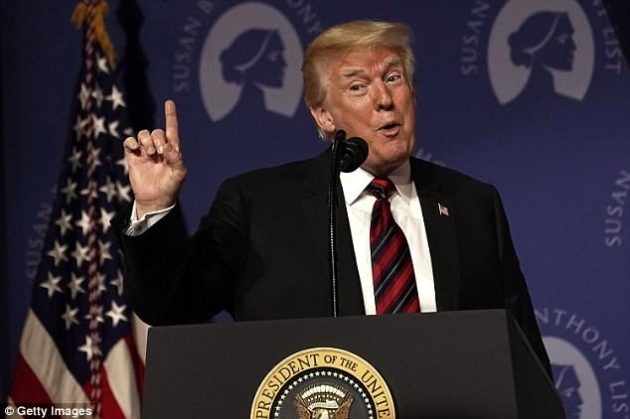 Trump continues to rant about his latest conspiracy theory, claiming that the FBI spied on him with confidential informants, calling it ‘Spygate.’

‘SPYGATE could be one of the biggest political scandals in history!’ the president tweeted.

Yesterday Trump alleged that a ‘spy’ was embedded in his campaign on the orders of the Obama administration. It all comes back to the President’s main rallying cry, that he is being unfairly targeted for Russian collusion and that it’s all Obama’s fault.

‘They go after Phony Collusion with Russia, a made up Scam, and end up getting caught in a major SPY scandal the likes of which this country may never have seen before! What goes around, comes around!’ The President tweeted.