Former AG Bill Barr wrote a scathing op-ed Sunday, saying his old boss Trump will ‘burn down the GOP’ with his ‘penchant for chaos’ adding that the Republicans need new leadership in 2024.

“Donald Trump is neither capable of forging this winning coalition or delivering the decisive and durable victory required,’ Barr wrote.

But are the Republicans listening? 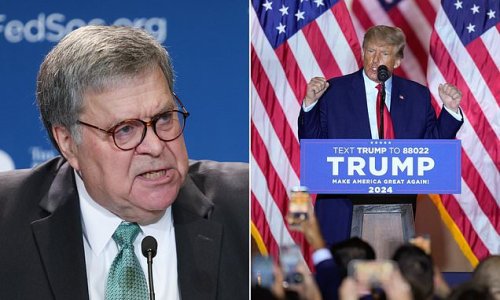 You’ll remember Barr as a fierce supporter of Trump when he was in office but after the ex-President started whining about ‘voter fraud’ — even after Barr told him there was no evidence to support his theory — Barr turned against him.

Barr’s voice joins other Republicans who are beginning to speak up in opposition to Trump running for President again.

”Among the current crop of potential nominees, Trump is the person least able to unite the party and the one most likely to lose the general election,’ Barr summed up.